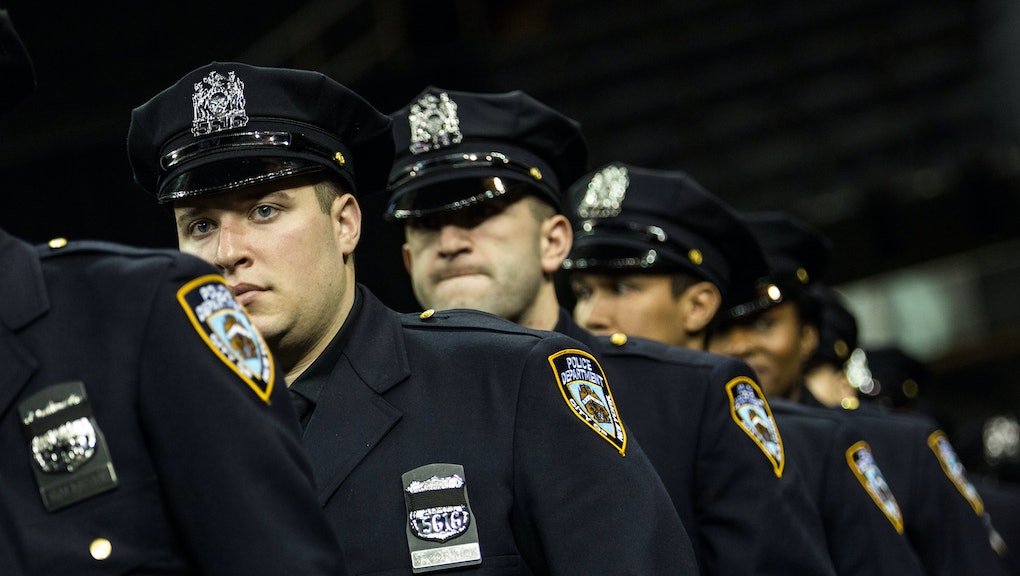 Is this the New York Police Department's attempt at reforming its increasingly controversial "broken windows" approach to policing? On the contrary, it could be yet another act of political spite by the NYPD, whose most powerful unions have responded to the murder of two of its officers in December by lashing out at the mayor and city protesters.

In the precincts closest to where the two police officers who were shot, one criminal summons was issued last week, compared with 130 during the same week the previous year, according to the New York Times. The drastic statistical drop extends through each of the city's 77 police precincts.

Police organizations have denied any kind of officially organized slowdown, but the pervasiveness of the drop-off in arrests and summonses is empirically undeniable, and it's consistent with a widely circulated inflammatory memo that has no confirmed authors but was suspected to come from the police.

Unintended consequences: The irony of the situation is that while a drop in ticketing and arrests is likely meant to remind the mayor and the public of the power they hold in the governance of the city — and also cut off a steady source of its revenue — it is inadvertently accomplishing the exact kind of policy change that critics of the NYPD's practices are hoping for.

"Ironically, this is the kind of thing we're calling for," Robert Gangi, the director of the Police Reform Organizing Project, told the New York Times. "It's officers deciding on their own to, in effect, scale back on the application of broken-windows policing."

And so far, according to police Commissioner Bill Bratton, there hasn't been a noticeable uptick in serious crime or disorder.

Given the unsurprising fact that writing fewer people up for minor quality-of-life infractions such as jumping a subway turnstile isn't causing the city to slide into chaos, critics are pointing to NYPD's slowdown as affirmation of the needlessness of the style of policing that Bratton has taken pains to defend from criticism lobbied both by the progressive public and federal officials.

If arrests and summonses don't pick up anytime soon and crime remains low, greater portions of the public will likely grow even more skeptical of the idea that the NYPD's approach to policing was ever needed in the first place.