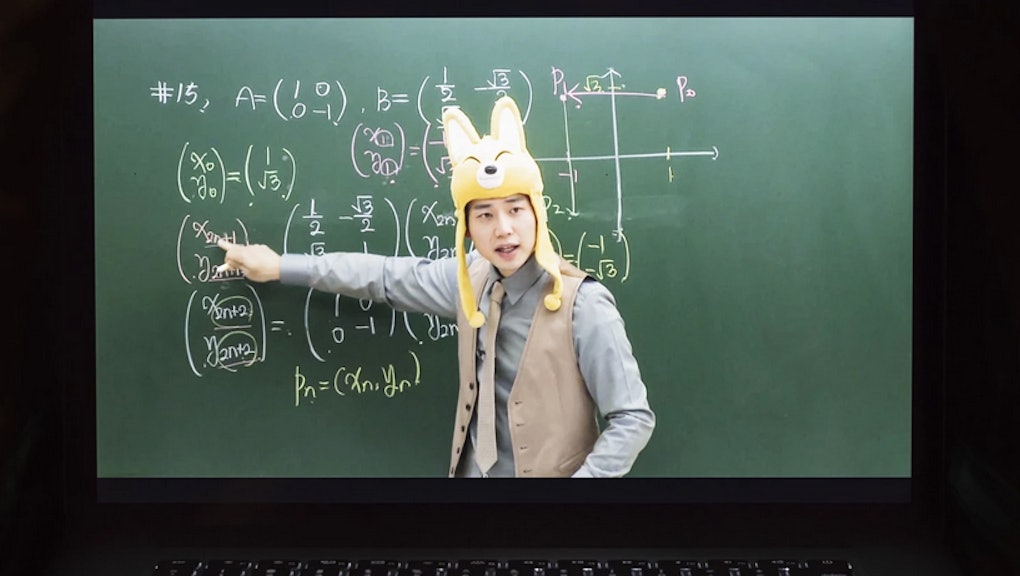 In This Education-Crazy Nation, Teachers Are Becoming Multimillionaires

A truly great teacher is priceless. But a truly successful teacher, it turns out, is worth $8 million a year.

How it works: Cha isn't your average schoolteacher, with a classroom and a fixed set of students. He runs a hagwon, an online educational program often used to help students get better test scores.

Being a celebrity means Cha does a lot of things your teachers (probably) never took part in, like music videos with pop stars and product endorsements. According to the Washington Post, 300,000 students take his class, paying $39 for the 20-hour course.

It's not like a series of TEDx Talks, either. Demonstrations involve props and entertainment, and when he isn't filming, Cha and other celebrity teachers visit students, shoot ads or make endorsements.

"You're not only teaching a subject, you also have to be a multitalented entertainer," Cha told the Washington Post.

The bigger picture: Hagwons are a $20 billion industry, thanks in large part to a Korean emphasis on getting into the right schools.

College admissions are still focused on test scores, without as much emphasis on writing and extracurriculars as schools in the U.S. This means a lot of parents are willing to pay for any advantage their children can have in the process.

The upsides are that a lot of money is invested in the process and competition can lead to educational innovation. The downsides are potential cost barriers for some students and difficulty measuring the real impact of a hagwon — not to mention the high amount of stress that can come from the emphasis placed on test scores. Still, at $8 million a year, your favorite high school teacher might be happy to trade places.