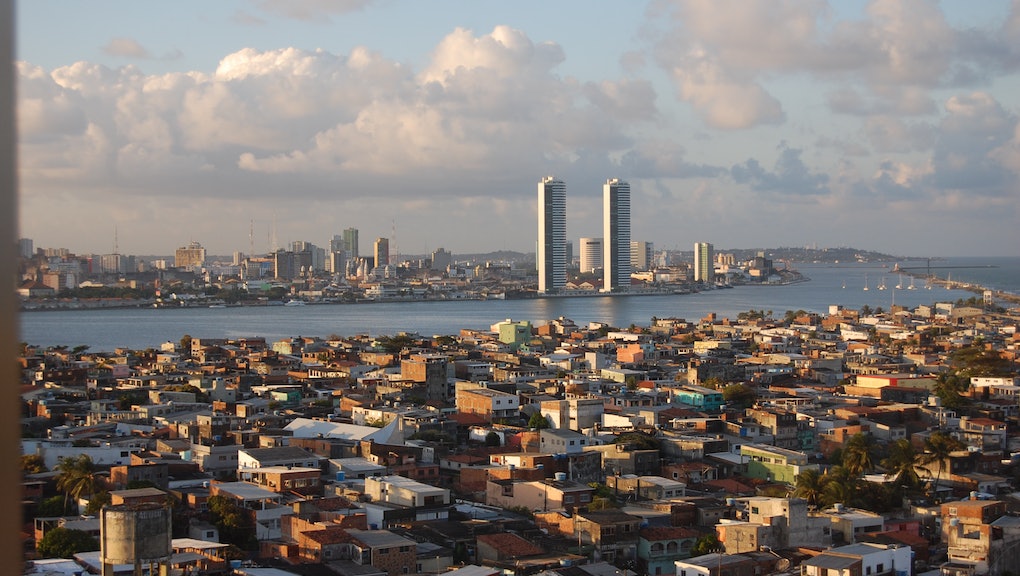 Is there any way to talk about rich countries and poor countries that is both useful and forward-looking?

Over at NPR, Marc Silver put together a helpful survey of the myriad difficulties that accompany any polite attempt to discuss class in the global community. The distinction between "First World" and "Third World" is on the wane for good reason, but is there any suitable replacement?

"Third World" is archaic: The notion that there is not one world but three is a vestige of the Cold War, when the U.S. and its non-Communist allies were deemed the First World, the Communist Bloc was defined as the Second World, and nonaligned nations, which were predominantly poor, were designated the Third World.

In the post-Cold War environment, Third World became a way to refer to the most impoverished countries and regions of the world, serving as a blanket term for characterizing the political and economic life of Latin America, Africa and Asia. It has also began to operate as a shorthand for extreme destitution in otherwise affluent countries; the U.S. has often been described as containing bits of the Third World because of its failures in health care or exceptional wealth inequality.

The term Third World is no longer fashionable due to a growing consensus that the category is neither accurate nor socially appropriate for the 21st century. The term First World provides a veneer of primacy and superiority for countries slowly declining in power unable to provide material abundance for significant portions of their population, and plagued by their own unique maladies. What is to be made of emerging economies like Brazil and India, which both host enormous populations of poor people but are also the site of a new middle class and are key players in the global production of goods and services? If First World countries have Third World qualities and Third World countries have First World qualities, we'd be better served by a term that captures how countries can be different, but not quite a world apart.

What are the alternatives? A common contemporary substitute terminology is "developing" and "developed" nations. While in certain circumstances this is a quick and easy way to sort through the socioeconomic status of different countries, the phrases have their own problems. The term "developing" can be useful with concrete and effectively universal quality-of-life metrics such as hunger and infant mortality rates. But the term is a bit self-satisfied and obscures the complications of what we understand as modernity. There are features of life in much of the "developed" world that could be seen as a step backward for humanity, such as the erosion of social connectedness and leisure time. Silver shares thoughts on the link between affluence and community change:

"In countries where government safety nets are practically nonexistent, people step forward to help out, says Mead Over, who studies the economics of health interventions at the Center for Global Development. 'People donate money at a funeral to help the bereaved family, or people receive gifts from a neighbor to pay the doctor in a time of family emergency.' We in the West, he says, often neglect social networks 'and they wither away.'"

This is not an argument against government safety nets, but a reminder that many forces of progress entail trade-offs that can incur hidden costs. To make the point in more obvious terms, nuclear warfare and man-made global warming are unique outcomes of the forces we deem essential to being developed.

Furthermore, in the 21st century, there's no clear consensus on what it means to be a developed country. The monopoly the U.S. briefly held in the wake of the Cold War on liberal capitalist democracy as the only sustainable path to affluence has faded. Social democracy in Scandinavia, oil-funded theocracy in Saudi Arabia, and a one-party, partially planned, partially free market economy in China are all vastly different models for generating and harnessing prosperity. In the map below, based on the CIA's 2008 classification scheme, no such nuances or alternative paths are discernible:

Silver gives short shrift to the terms "global north" and "global south"  — which are meant to refer to the generally wealthy countries of the Northern Hemisphere and generally poorer countries of the Southern Hemisphere — because of the political subtexts of those terms. But of course the differing fate of these two groups is highly political — only one hemisphere colonized the other. That being said, the terms are too broad to be useful in most contexts, and a handful of booming economies in the global south pose a problem to the duality.

It seems the most sensible course is, whenever possible, to discard blanket terms and metaphors, and compare countries using specified metrics. Contrast low-income against high-income, democracy against authoritarian regimes, and so on. This has the advantage of being both precise and transparent about the value judgments at play when sizing up a country. Middle-income democracy doesn't exactly roll off the tongue or elicit self-assurance the way that First World does, but that's probably a good thing.