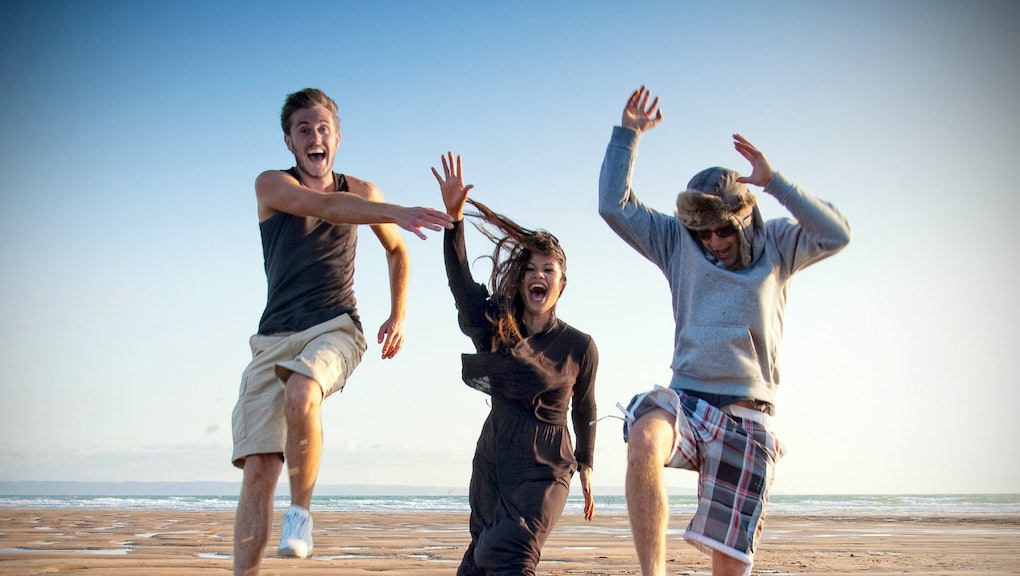 You know the joke: Those silly millennials, with their art degrees and complete collections of Heidegger and multi-platform #brands are stuck at home in their parents' basements, too lazy and poor to strike out on their own.

During the economic collapse of 2008, the number of younger Americans living with their parents skyrocketed. While economists were concerned with the steady trend of young people moving home with their parents, the decline in basement-dwelling youngsters can be interpreted as a sign of economic health.

"The improvement in the labor market is likely to push up the headship rates of younger people," writes Goldman Sachs' Jan Hatzius, citing the rate of dwellers per household. "Econometrically, we have found some evidence that headship rates respond to labor market changes in the under-35 population."

But that doesn't mean that the U.S. is returning to a period of robust homeownership. Even with homes becoming more affordable than ever, young people still aren't buying — and that's problematic for an economy still struggling to throw off the shackles of the crash, especially considering that half of a typical family's spending today goes to transportation and housing, according to the Bureau of Labor Statistics' 2013 Consumer Expenditure Survey.

"At the height of the housing bubble, residential construction and related activities accounted for more than a quarter of the economy in metro areas like Las Vegas and Orlando. Nation­wide, new-car and new-truck purchases hovered near historic highs," wrote the Atlantic's Derek Thompson and Jordan Weissman in 2012. "But millennials have turned against both cars and houses in dramatic and historic fashion. Just as car sales have plummeted among their age cohort, the share of young people getting their first mortgage between 2009 and 2011 is half what it was just 10 years ago, according to a Federal Reserve study."

But why is this? Surveys show that young people do in fact want to own their own homes: Sixty percent of those questioned in a Demand Institute survey said they would eventually own a home, while three-quarters believe home ownership is an important long-term goal. So if young adults want homes more than previous generations, why is their homeownership rate at a historic low?

The answer is relatively simple: Thanks to the recession, millennials are getting married later in life. Not having two income streams makes it much harder to scratch together a down payment for that big house in the suburbs.

"From 1960 to 2011, Americans' median age at the time of their first marriage increased by six years, to around 29 from 23 for men and 26 from 20 for women, according to Census data," explains Money's Jacob Davidson. "Then came the financial crisis, which pushed marriage back even further by making financial stability, a marital prerequisite for many, a rarity among recent college graduates. According to one recent study from the University of Arizona, only about half of adults ages 23 to 26 and at least one year out of college have a full-time job."

So what does this mean? The basement-dwelling millennial may be a thing of the past, but don't expect a return to the house-and-car suburban utopia of the Cleavers.