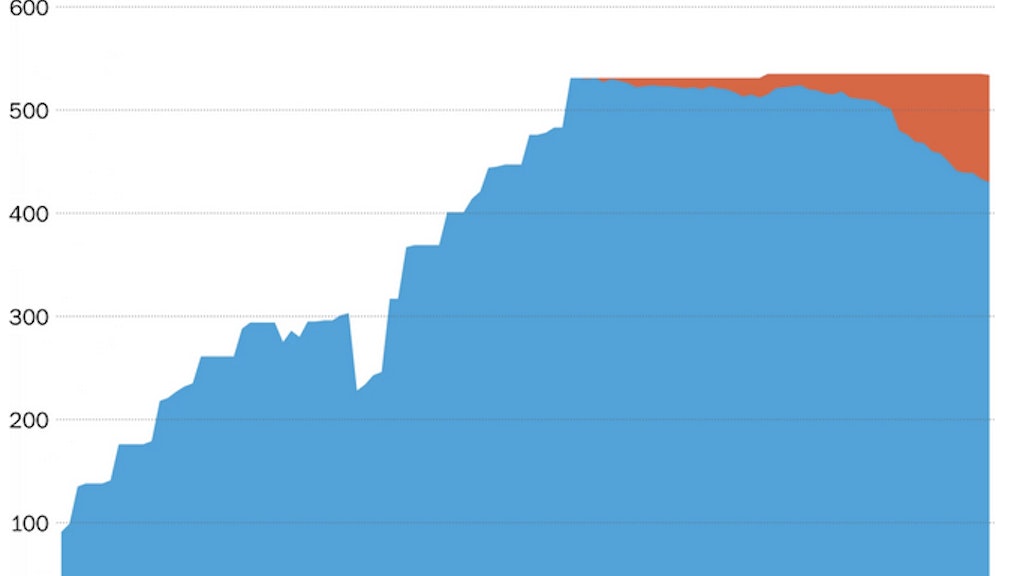 The good news is that the 114th Congress has more women and minorities than any other before it. The bad news is that it is still blindingly pale and male, and is still quite a ways from properly representing the country.

When it convenes Tuesday, Congress will have 96 racial minorities and a record 104 women. For the first time in history, both parties will include both male and female African-American members. Undoubtedly, this is a pleasant indicator of progress.

The Rev. Martin Luther King Jr. once said, "the arc of the moral universe is long, but it bends toward justice." The word "long" is key, as these charts capturing shifts in race and gender in Congress over time from the Washington Post illustrate:

The Post also points to another form of congressional homogeneity that has slimmer chances of dissipating any time soon: religion.

According to the Pew Research Center, the 114th Congress is 92% Christian, which is roughly the same as the previous body. Between both chambers, 57% of members are Protestant and 31% are Catholic, also about the same as the 113th Congress and in higher proportions than the general public:

The U.S. is certainly a very religious and a very Christian nation, but there is far less room for secularism or non-doctrinal spirituality in Washington than there is in the country as a whole.

"As was the case in the 113th Congress, the biggest difference between Congress and the general public is in the share of those who say they are religiously unaffiliated," according to Pew. "This group makes up 20% of the general public but just 0.2% of Congress."

There are signs that Congress is gradually becoming increasingly representative of the demographics of the U.S., at least in some key respects. (Class appears to be a lost cause; data from the last Congress shows that half of its members were millionaires.) But given that as of 2012, racial minorities constitute a majority of births in the U.S., congressional diversity has some quick catching up to do.