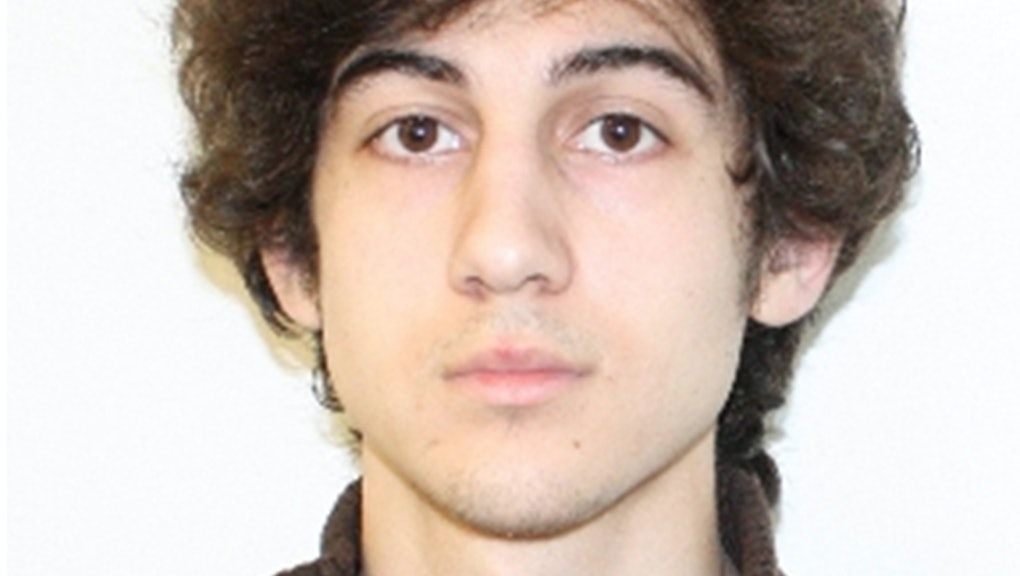 Martin Richard was 8 years old when Dzhokhar Tsarnaev killed him.

On April 15, 2013, the Dorchester, Massachusetts, youngster was at the finish line of the Boston Marathon when two pressure-cooker bombs exploded nearby, sending fire and shrapnel through the crowd, wounding more than 260 people.

Three lost their lives: Richard, 23-year-old Lingzi Lu and 29-year-old Krystle Campbell. Within days, law enforcement had shut down the city in a frantic manhunt for the alleged killers, brothers Dzhokhar, then 19, and Tamerlan Tsarnaev, 26.

The elder Tsarnaev died in a shootout with police four days after the bombing; Dzhokhar Tsarnaev survived the ordeal. For the past year and a half, he's been sitting in a prison cell, awaiting a fate that for many seems a foregone conclusion: death by capital punishment.

Tsarnaev is a murderer, who permanently tore three human beings away from their families and left devastating scars — mental, physical and emotional — on many others.

But Tsarnaev should not be executed.

There are many reasons for this. Few have to do with whether he truly "deserves" to die, an inherently subjective question, and more with whether the U.S. criminal justice system deserves to take his life.

His guilt appears beyond question. The New York Times reports Tsarnaev admitted his involvement to investigators, attributing his crime to his religious beliefs and, according to prosecutors, expressing "no remorse."

If nothing else, death by execution seems symmetrical with his offense: It's hard to find a man more "deserving" than a three-time killer who gripped a metropolis in days of fear and, as a political bonus, is a representative of America's war on terror.

Either way, a federal judge in Boston on Monday began the process of selecting the jury that will ultimately attempt to determine Tsarnaev's fate.

"This case is not about guilt," Northeastern University law professor Daniel Medwed told NPR on Monday. "In my mind, this case is really about whether or not he's going to get the death penalty."

So why should the 21-year-old's life be spared?

Because this is America. And quite frankly, over the past few months — centuries, even — our criminal justice system has proven consistently unworthy of deciding when someone deserves to live or die.

It proved this last fall when it facilitated the non-indictments of police Officers Darren Wilson and Daniel Pantaleo, both of whom killed unarmed black men and faced no repercussions. It proves this whenever it applies its powers asymmetrically — criminalizing blackness, brownness, poverty and mental illness, among other things. In fact, it proves this each and every year, when an average of three to five inmates are released from death row evidence proves their innocence.

Overall, it's a shaky foundation on which to build the moral superiority required to kill people in the name of "justice."

Massachusetts abolished the practice on its own soil in 1984 and hasn't executed a prisoner since 1947. Tsarnaev is charged with 30 counts of federal crimes, so the following is irrelevant in practice. But it seems worth noting that 57% of Massachusetts residents polled favor a life sentence for Tsarnaev, while 33% want the death penalty. The American Civil Liberties Union, meanwhile, calls it a violation of constitutional bans on cruel and unusual punishment.

But perhaps the most telling lesson comes from Germany, where the death penalty was abolished in 1949. In a famous TED Talk, Alabama-based human rights lawyer Bryan Stevenson recalls being approached by audience members following a lecture there a few years ago on capital punishment.

"There's no way, with our history, we could ever engage in the systematic killing of human beings," one woman told him. "It would be unconscionable for us to, in an intentional and deliberate way, set about executing people."

The reason is probably obvious. In the 1930s and 1940s, Germany used its state law enforcement apparatus to murder millions of people, mostly Jews, but also Roma, LGBT individuals, communists and people with disabilities, among others. It's widely recognized as one of the worst genocides in world history.

Today, Germany's horrific past has lent it the perspective to reflect on what it truly means to take a life. The U.S. — despite its systemic and violent oppression of black people, it's participation in multiple illegal wars and an unjust criminal justice system — has yet to follow suit.

Tsarnaev's trial is a chance to do so in the face of one of the most horrific crimes in recent years. We have the opportunity to prove ourselves better than the death penalty. We should not take it lightly.