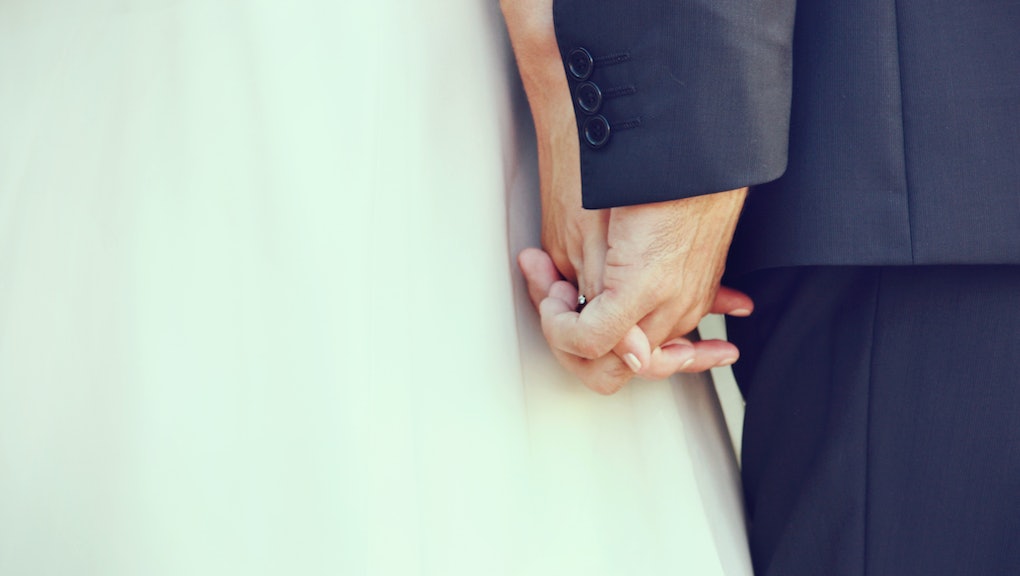 Advice columns, The Bachelor, your haughty married friends on Facebook — everyone is ready to tell you what marriage is all about. But for the real unvarnished truth about marriage, don't ask your married friends. Ask your divorced ones.

Getting divorced isn't on the agenda of most 20-somethings, making it a rather rare occurrence. In the past year, just 6 out of 1,000 millennials got divorced nationally. But the pressure on young people to marry, especially as the big 3-0 approaches, leads us to all sorts of sweeping conclusions about the oh-so-important role of marriage.

But this marriage thing so many strive for — what is it really supposed to be about, beyond a ring and a wedding and honeymoon Instagrams? Take it from those who've been married and come out on the other side.

Here are six invaluable lessons about marriage, from women in their 20s and 30s who've been through divorce and back.

Getting married isn't a life accomplishment to be checked off a list.

"I personally never thought I was going to get married. When I realized he was going to ask me to marry him, I just started bawling. I was like, 'Oh, shit.' But then I said yes."

Megan, 31, met her husband when she was 23. They separated this past summer and signed divorce papers in November 2014.

Just because you're with a great person by a certain age doesn't mean you have to marry them.

"As you get older, everybody else is getting married, so you feel as if it's a life stage you have to complete. I was always an overachiever, and whether we like it or not, marriage is about being a successful professional. It's something we all aspire to because it's part of what we're supposed to do. I was always anxious to do what I was supposed to do, and marriage was supposed to be it. I was in a great relationship with a really good guy, and all the pieces were in place, so ...

"But now, I'm completely self-reliant, and I understand the importance of a partner. I can do everything myself, so I'm not going to look to them to fulfill a gender role; they can fulfill an emotional role, and be a friend. It's different now because ultimately I can do everything on my own."

Cassie, 35, and living in Washington D.C., married her college boyfriend of seven years when she was 25, back in 2004; 15 months later they broke up, after she realized there were "strong, value-based differences" pertaining to family and success that they would never see eye to eye on.

The ideal partner doesn't need to be your "everything."

"Marriage isn't supposed to be something where you rely on another person to fulfill your needs or your expectations. I think a good marriage is someone who will respect you for who you are. You grow together, or if you make changes on your own, they're supportive and that's OK. I don't look at my marriage to give me anything, I just am in it because I enjoy it.

"My marriage is making me happy not because I'm married per se, but because I love the person I'm with."

Zahava, 27, and remarried to her second husband, first got married at 21. She discovered shortly afterward that her husband was suffering from mental illness, a secret she kept from family and friends for a year. After 12 "terrible and unbearable" months, she finally ended the marriage. Her husband was ultimately diagnosed with bipolar disorder.

Marriage doesn't make you happy and fulfilled — you do that on your own.

"It's only now [after the divorce] that I feel super confident, in that I love the life I am living. I'm dating around a little bit, but mainly just valuing myself in a way where I can say, 'OK, if I do really meet someone who's great and I feel like my time with them is adding real value to my life, then that's something I want to engage in.'"

Ashwini, 31, and living in New York City, was married at 24 in India, where she met her future husband, in an elaborate traditional ceremony. She and her husband lived in India then split up after moving to London, ending what she described as "three years of misery."

There's no rule that you must "make it work."

Christiana, 33, was married at 24 after meeting her husband on a trip abroad. They spent most of their marriage living in different countries, finally separating in 2009 and divorcing in 2012. They remain friends to this day.

Marriage gives you a new perspective on the value of being single.

"I had my first legit, honest single year [after a few post-divorce boyfriends] this past year, and it was the best and most difficult year I've ever had. It was amazing because I finally learned, for example, that not everyone you have sex with is a potential boyfriend, and sometimes sex is just sex, or what constitutes a date — basically everything my friends have always talked about that I thought I knew, but finally I really experienced it.

"I got to have those nights where I didn't want to be alone but I was forced to be alone, and it was really good because I learned how to depend on myself. There was a lot of crying in the shower, and actually facing my feelings and not having another person there to just pacify me and say, 'It's OK,' and me just replying, 'Cool, let's cuddle.' It was good to really feel.

"Being single doesn't necessarily have to do with men or sex. If you focus on you, it can be a wonderful experience."

Julie, 36, and living in New York City, married her husband at 28 after dating for six years. They separated in 2008 and divorced in 2010, and they remain friends to this day.

*Interviews have been edited and condensed for clarity. Some names have been changed.