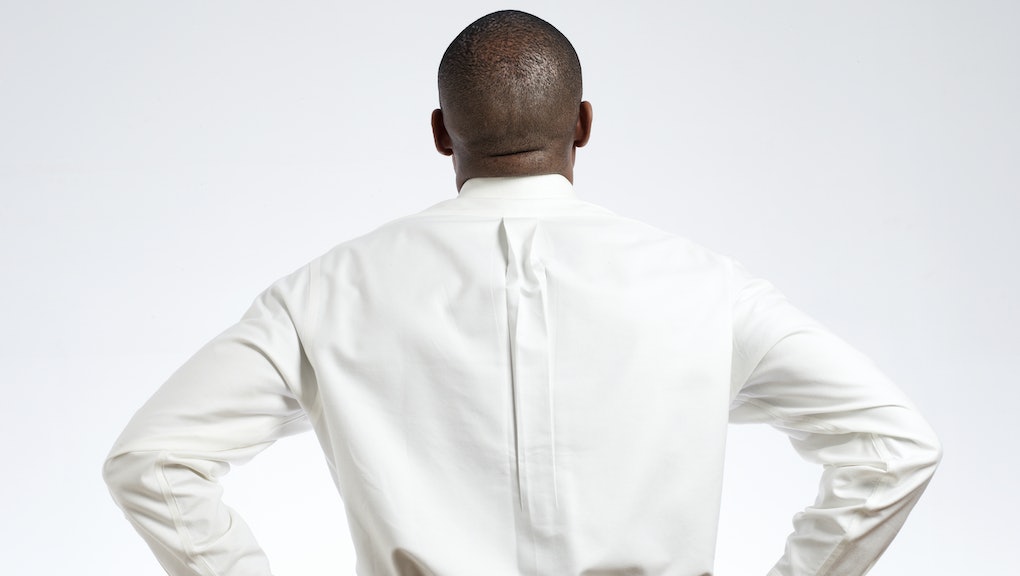 Something Disturbing Happens When People Say "Black" Instead of "African-American"

What's in a name? Apparently quite a lot, when it comes to matters of race.

According to a new study published in the Journal of Experimental Social Psychology, the terms "black" and "African-American" evoke stark differences in the way white people perceive individuals labeled as one or the other.

Erika Hall, a professor at Emory University's business school and the lead author of the study, says she was inspired to undertake the inquiry after noticing that she routinely found white people fumbling over their words when it came to choosing between the two terms in polite cocktail conversation. While she identifies as a woman of color comfortable with both black and African-American, she decided to look into the matter as a social scientist to establish if the distinction was purely semantic.

As it turns out, the terms differ significantly in the kinds of ideas they evoke.

"African-Americans" are respected more than "blacks." Hall and her colleagues carried out a number of experiments that found that, among white Americans, the term "black" elicits more negative associations and lower perception of ability across the board than "African-American."

The most compelling study shows that when viewing job applications, white participants made dramatically different estimations of an applicant's salary, probability of holding a managerial role, estimated education level and socioeconomic status based on whether they were identified as black or African-American. Black was consistently viewed less favorably.

The average disparity in estimation of salary between someone labeled black and African-American was nearly $8,000:

Hall and her colleagues' other experiments drove home this discrepancy. In one survey, when white participants were asked to choose from a list of words meant to describe either group, black was associated with more negative descriptive words. In another study, whites held more negative attitudes toward a depiction of a fictional black male suspect than an African-American male suspect when described as running down a street.

What accounts for the difference? Today, in popular culture and journalistic discourse, the terms black and African-American are often used interchangeably, and neither has established a leg up over the other as the more progressive linguistic choice. But perhaps civil rights and religious leader Jesse Jackson, who championed "African-American" in the 1980s, was right to assume that the term served as an opportunity to recast black America in a more positive light. As Joe Pinsker notes at the Atlantic, the logic was that it "echoed the labels of groups, such as 'Italian-Americans' and 'Irish-Americans,' that had already been freed of widespread discrimination."

In this vein, psychology professor Gina Philogene has argued that the term African-American represents a move from flagging someone of African descent by their color to identifying individuals as part of a shared culture, and serves as a tool for integrating a pathologically segregated society.

"By redirecting attention away from race, the term African-American has created a vacuum, which is being filled with notions of culture, ethnicity and multiculturalism that stress the common destiny of all Americans," she wrote in 1999. "It appears the new denomination offers a more flexible perspective on the newly redefined group, as opposed to the rigid racial perception."

As much as it's tempting for people to fret over which term is better to use — and unnerving to know that one prompts more negative associations than the other — the more serious problem to reckon with ultimately is the white-black disparity. That one runs far deeper than perception.