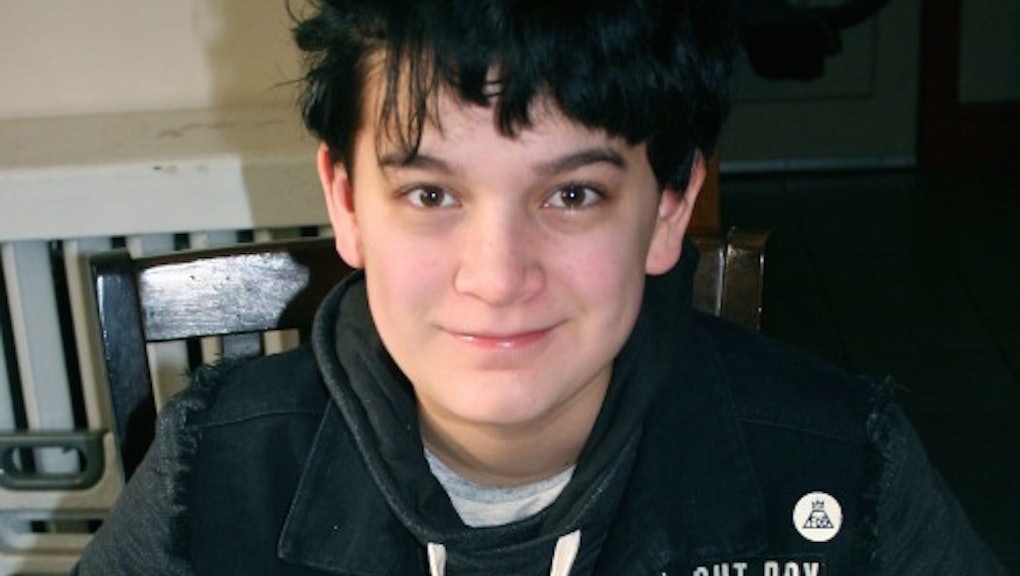 In the wake of Leelah Alcorn's tragic suicide at the end of 2014, the trans community has banded together to show its youngest members that they are not alone. Now, one of these teens is sharing his own story in order to help further this positive message.

Milo is 15 years old, and his Tumblr post has been shared thousands of times so far on social media. The pictures document Milo's coming out story, as told through his family's tradition of marking each birthday with delicious numeral-shaped pancakes.

"Some little girls aren't little girls, it just takes us a while to realize it," Milo begins, introducing himself as a smiling child with unruly hair and a big grin:

Milo's appearance changes as he ages. But this normal growing process takes on a special — and often painful — significance for transgender youth. "If you can't tell from the picture, 14 was a bad year for me," he writes.

But while 14 may have been difficult, it was also the year Milo came out as trans to his parents, something that, he says, saved his life.

The lesson of patience: Family support is often critical to the well-being of trans children. In an interview with BuzzFeed, Milo offered some advice for the parents of trans children: "Buy them new clothes, respect name changes – parents are the biggest influence, no matter what anyone says. Just be positive, please."

But Milo not only needed patience from his family, he needed to be patient and kind to himself throughout the coming out process. "For every kid feeling like I was, please just wait, just wait cause one day you'll realize just how worth it the wait was," he wrote. "I know everyone says it, but it's true, it will get better, just please stick around so you can see it come true."

Not yet a #RealLiveTransAdult, Milo is starting a new and potentially tumultuous phase in life. High school can be a tough time for any child, but LGBT youth are at particular risk for bullying and harassment. Milo is a tremendous example of #RealLiveTransTeen. His "pancake story" is a testament to what life can look like for a trans teen who has supportive parents.

Milo told BuzzFeed that he decided to make his story public to send a message of encouragement to other kids like him.

"I knew Tumblr was a positive environment for kids like me, and I thought it would be helpful to some people to hear my story," he noted. "After all the really bad stuff that's been happening in the transgender community, I think we needed a little positivity. I hope that [trans kids] really understand the message of 'don't give up' that I was trying to get across. Being a trans teen is awful, and a lot of kids don't live long enough to make it out of their teen years. So I guess I was hoping that more trans kids would start being excited for the future, too."