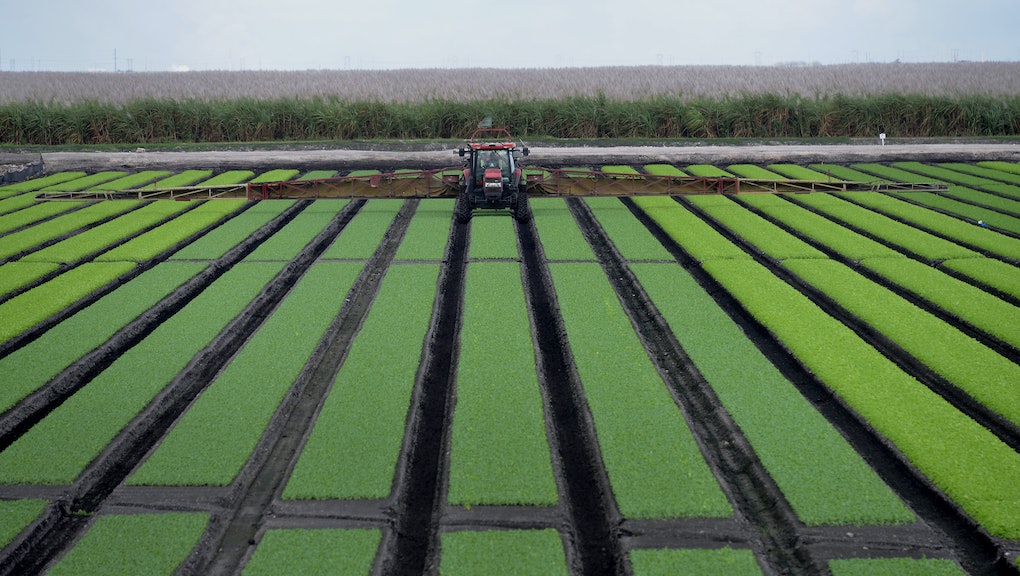 We'll Need More Food in the Next 40 Years Than in the Previous 10,000 Combined

Humans need to make more food in the next 40 years than in the previous 10,000 years combined if we're going to survive as a species — and we're not off to a good start.

Food supply is already falling behind demand. Between less available land for farming, lower agricultural productivity and an increased demand for biofuels, dinner tables around the world on the verge of scarcity. The world is currently in the midst of a massive food crisis, so much that the World Bank and the United Nations predict that by 2050, there won't be enough food to feed the world's population.

What's the cause of the shortage? Part of the problem has to do with massive population growth anticipated in coming decades. The world's population is expected to increase by 2 billion people by 2050, and those in developed nations are consuming far more than their fair share of the planet's resources, leaving billions in the developing world fighting over the scraps.

The problem runs deeper than just population growth. According to Fortune, severe weather is also contributing to lower crop yields, as are economic hardships and political unrest in underdeveloped countries, as well as agribusiness expansion. "To address food security, we need a shift in the way we address poverty and inequality in the world," Stephen Scanlan, a sociologist at Ohio University, told Fortune. "There should be a reframing of food as a fundamental human right in a way that governments actually stand by."

We need investment in agriculture to keep up. Farms, once considered family businesses, haven't been traditional targets for investment by Wall Street, but current farming technology costs far more than most farmers can afford. For instance, while installing robots to milk cows can increase productivity between 10% to 15%, that sort of machinery costs upwards of $150,000. At this point, farmers don't have the necessary financial backing to make these innovations come to life.

Moreover, there aren't as many farmers now as there used to be. According to the Economist, the average farmer in Europe, America and New Zealand is in their late 50s and doesn't have a successor stepping up to take over. Thankfully, "farmers, scientists and entrepreneurs are bursting with ideas." Some ideas, namely that of genetic modified organisms, have met mixed reviews. Some suggestions, however, are as simple as revamping of methods of food distribution and storage.

That ticket price might look high, but it's far less than the costs we'd face if we hit a food shortage. While a food scarcity may sound like a faraway problem right now, it's a reality that we could be facing in as little as 15 years.