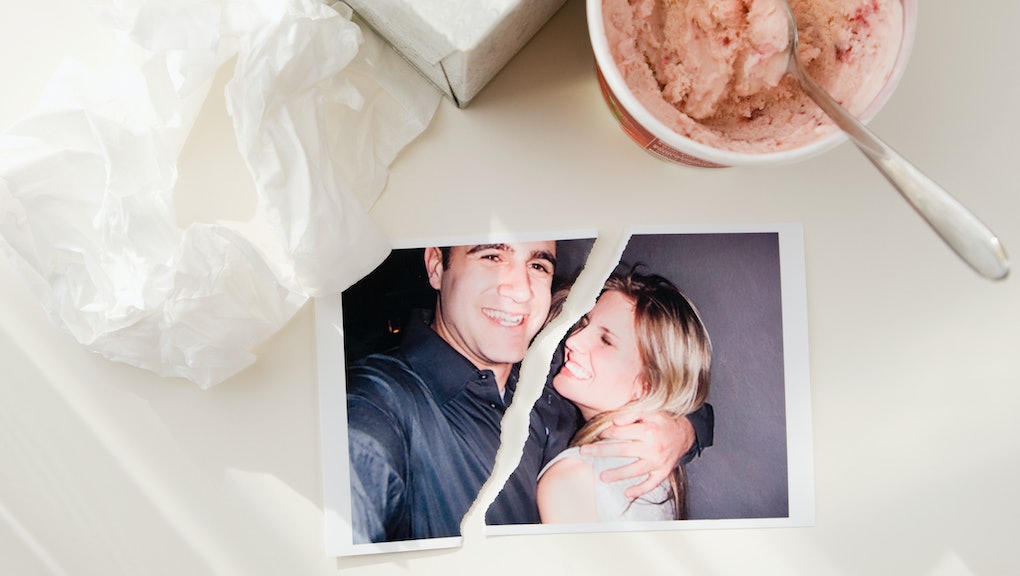 Science Confirms the Best Way to Handle a Breakup, and It's Exactly What You Want To Hear

Your friends may say that the only way to get over an ex is to stop obsessing over the past and "move on." But, as it turns out, sitting on the couch and overanalyzing until that pint of ice cream melts isn't so bad after all: Science suggests that wallowing has its benefits.

According to a new study in the journal Social Psychological and Personality Science, ruminating on a past relationship actually speeds up emotional recovery. Just as writing about emotional experiences can help us to heal, reflecting on relationships can help the heartbroken sort through their emotions and "build a stronger sense of who they were as single people," researcher Grace Larson of Northwestern University said in a press release.

Researchers arrived at their findings by splitting participants, each of whom had experienced a breakup in the last six months, into two groups. Over the course of nine weeks, one group consistently reported their coping and emotional statuses through various methods, including questionnaires, heart rate monitoring and interviews; the second group only completed an initial and a final questionnaire, with no reporting in between.

The result: The first group – those who underwent the more involved, repeated process – had a "better overall recovery from their breakups." The researchers attributed this to "self-concept reorganization," which is the "process of seeing and defining yourself separate from your ex and from the relationship."

Dwelling on it can actually help. When we're in serious relationships, our self-concept often becomes intertwined with that of our partner. Studies have found that couples oftentimes "come to complete each others' selves." So a breakup not only means losing a partner, but perhaps experiencing a change in one's own self-concept.

Post-split, we need to essentially unravel that psychological intertwine. By ruminating over the past and who we were before the relationship and outside of the relationship, we can better regain that individual sense of self, sans ex.

Of course, this finding doesn't give free rein to dwell obsessively over relationships passed. Studies have also shown that while it's normal to think about an ex post-breakup, staying too stuck on him or her inhibits our ability to fully move on. When our thoughts revolve exclusively around an old flame, we're not channeling energy into building our new single life.

But a little bit of overanalyzing? That's actually healthy. So put on your pajamas, pull out that quart of ice cream and start reflecting. Science told you to.