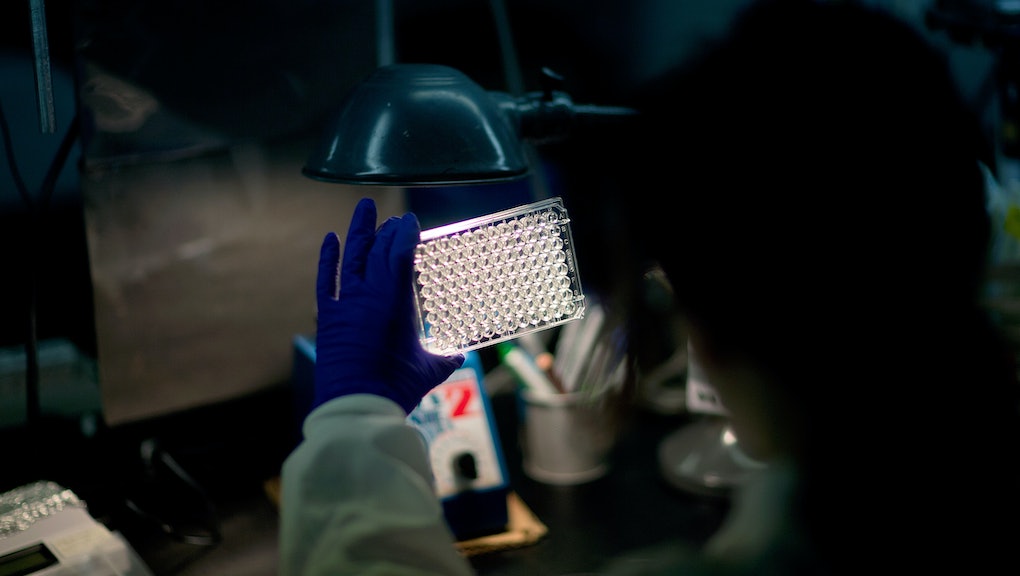 By 2050, 10 Million People Will Die Every Year From Something That's Meant to Save Lives

Prescribing antibiotics are a great idea in theory. How can fewer germs be a bad thing? In practice, though, their overuse can invite medical disaster.

That's according to a new study commissioned by the British government, which predicts that by 2050, 10 million people will die annually thanks to antibiotic failure. The global cost by then? Eight trillion dollars per year in expenses.

It's not as if the dangers aren't already present — the report estimates that 700,000 people currently die every year from germs that have become resistant to antibiotics. Still, it's a sobering wake-up call to how much greater the threat will be if left unaddressed.

The science: The problem with antibiotics is that microbes are always evolving. Hit a germ population too many times and it will start to develop a resistance.

Though our pace of new antibiotics discovery has slowed greatly, according to the report, our antibiotic use as a whole has increased. This isn't just true for humans either — 80% of U.S. antibiotics are used by the meat industry. While industry groups call the practice safe, scientific studies have shown the danger of resistant germs moving from animals to humans. While the FDA has made some efforts to curb antibiotics use on livestock, most are voluntary guidelines rather than hard and fast rules.

The impact won't be felt evenly around the world, the report notes. "Particular countries at risk include India, Nigeria and Indonesia (malaria) and Russia (TB)," the researchers write. "In addition, if malaria and HIV drug resistance is not tackled, Africa as a continent will suffer greatly, and the debilitating impacts of HIV and TB comorbidity already seen in many of the poorest parts of the world will likely get worse."

How to fix it: With germs always evolving against antibiotics, there are only two options. One is to keep developing new ones in a sort of arms race with bacteria and viruses. The other option is to use antibiotics less often to slow down the pace of resistance and make the antibiotics we have last longer.

The second option is way more realistic than the first. A study from last year found that antibiotics are prescribed for children twice as often as they're needed, creating as many as 11 million needless prescriptions a year. And antibiotic use on livestock farms has shot up, according to Mother Jones, from 20 million pounds in 2003 to nearly 30 million pounds in 2011.

By getting doctors to cut down on antibiotic prescriptions — and weaning the meat industry off drugging their cattle as much as possible — we could lower that predicted annual death toll of 10 million. And if not, we could be heading for a scary new era in the world of medicine.