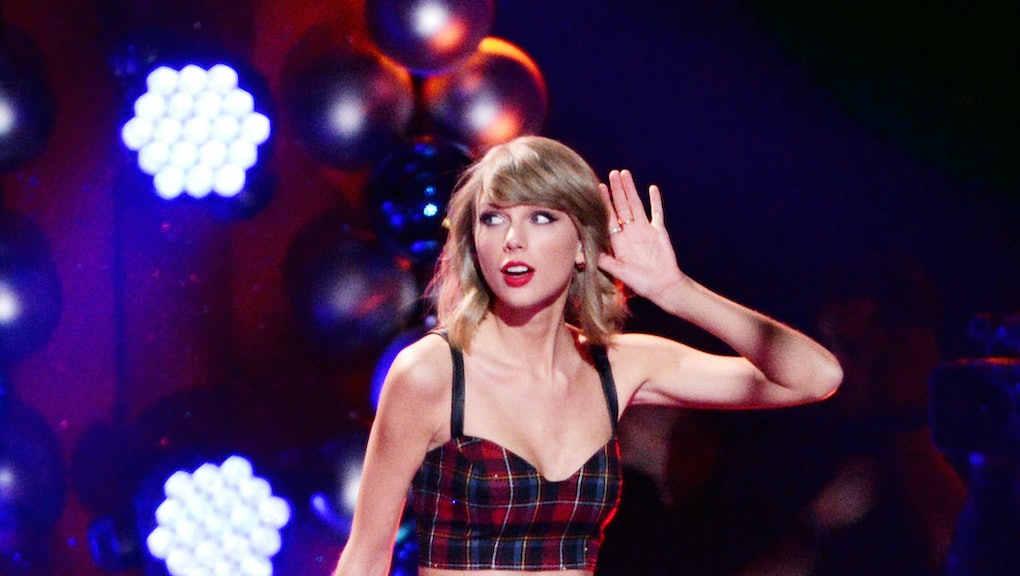 Anyone who listens to pop radio regularly has probably been hit with this realization at one point or another – a ton of pop music sounds very similar. It seems like grandpa logic, but a growing body of research confirms what we all suspect: Pop music is actually getting more and more homogeneous. And now, thanks to a new study, they know why.

A new study, surveying more than 500,000 albums, shows simplicity sells best across all music genres. As something becomes popular, it necessarily dumbs down and becomes more formulaic. So if you're wondering why the top 10 features two Meghan Trainor songs that sound exactly the same and two Taylor Swift songs that sound exactly the same, scientists think they finally have the answer.

The study: In a recent study, researchers from the Medical University of Vienna in Austria studied 15 genres and 374 subgenres. They rated the genre's complexity over time — measured by researchers in purely quantitative aspects, such as timbre and acoustical variations — and compared that to the genre's sales. They found that in nearly every case, as genres increase in popularity, they also become more generic.

"This can be interpreted," the researchers write, "as music becoming increasingly formulaic in terms of instrumentation under increasing sales numbers due to a tendency to popularize music styles with low variety and musicians with similar skills."

So music all starts simplifying and sounding similar. Not only that, but complexity actually starts turning people off of musical styles. Alternative rock, experimental and hip-hop music are all more complex now than when they began, and each has seen their sales plummet. Startlingly few genres have retained high levels of musical complexity over their histories, according to the researchers. And ones that have — folk, folk rock and experimental music — aren't exactly big earners. Unless, of course, they fit into the Mumford & Sons/Lumineers pop-folk mold.

The findings are somewhat intuitive. Of course a genre will sell more once it forms an established sound that listeners can identify with. But the science is only proving the now-dominant truth of pop music: Record companies are only comfortable promoting things they already know will sell. And they know that now better than ever.

Record labels are pouring resources into data analysis tools, using them to predict which songs will be the next breakout hit. According to Derek Thompson at the Atlantic, executives can use services like Shazam and HitPredictor to see which songs will break out next with surprising accuracy.

Once a worthy song or artist emerges from the data, radio conglomerates have mechanisms in place to ensure that music will connect with an audience. Clear Channel's "On the Verge" program is one of the most talked about. When a song is dubbed "On the Verge," every station in the Clear Channel network has to play it at least 150 times — blasting it to a potential network of about 245 million listeners. This undoubtedly helped launch Iggy Azalea to incredible new heights of success, which she may not have otherwise earned with her talent alone. And her success, in turn, is spawning legions of hip-hop pop imitators whom labels will choose to blast out because their chance at success has been proven. It's a cycle.

The study is right — and it's more of a problem now than ever. Iggy Azalea may be the harbinger of hip-hop's eventual homogenization, but she is only a pawn of the larger media circuit. As reported by the Atlantic, "Top 40 stations last year played the 10 biggest songs almost twice as much as they did a decade ago."

Human beings crave familiarity. Numerous psychological studies show that people choose songs they're familiar with over songs that more closely match their reported music tastes. Our somewhat manipulative music industry, which chooses familiar-sounding music and pushes it to listeners in massive quantities, knows well how to capitalize on those cravings. Genres standardize over time as a way to plug into this psychology. And then we hear the same songs, over and over again.

But there's a point at which that becomes tired, and the space opens for something revolutionary — something that totally shifts the way we think about music. If we're aware of these sort of trends and practices, we can better resist what they do to our music. We can champion the genuinely original and leave aside the derivative. We can make a better musical culture.