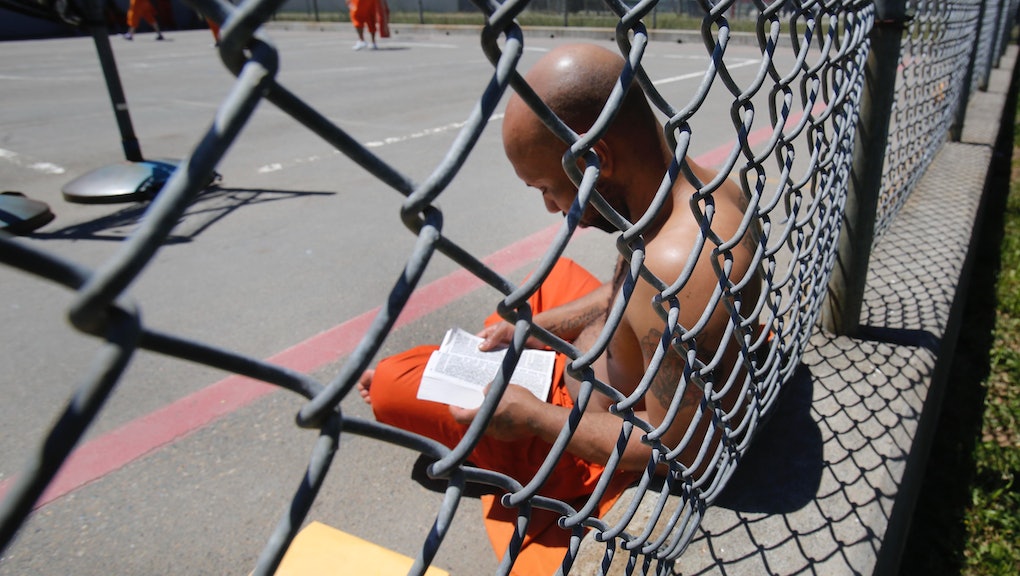 One Map Captures the Sad State of America's Prison-Industrial Complex

There are more jails and prisons in the U.S. than there are colleges.

America's prison system, truly the "school of hard knocks," incarcerates its citizens at a much higher rate than any other country in the world. There are 707 adults imprisoned per every 100,000 Americans, according to the Washington Post, a level stratospherically higher than any other developed nation.

This jarring map shows which states have more college students and which have more prisoners. And the regional divide is obvious.

There are more than 5,000 jails and prisons in the U.S., including roughly 1,800 state and federal correctional facilities and about 3,200 local and county jails. Their geographic distribution, as the Washington Post explains, often depends on the state.

Many states in the Midwest, for instance, have jails and prisons concentrated in particular counties. States like California and Florida, on the other hand, spread their prisons out, with at least one in most counties.

Even the government thinks this is overkill in the war on crime: Politicians on both sides of the aisle have called for the high prisoner population to be addressed.

California is actually under court order to reduce its prison population because of overcrowding. On a federal level, things are looking up slightly: The number of federal prisoners dropped for the first time in three decades.

Given the breadth of the problem, though, a drop of 5,000 inmates is just a small step. There's plenty of work to be done, and it's going to take effort from the federal government down to individual towns and law enforcement agencies to reduce the prison population.