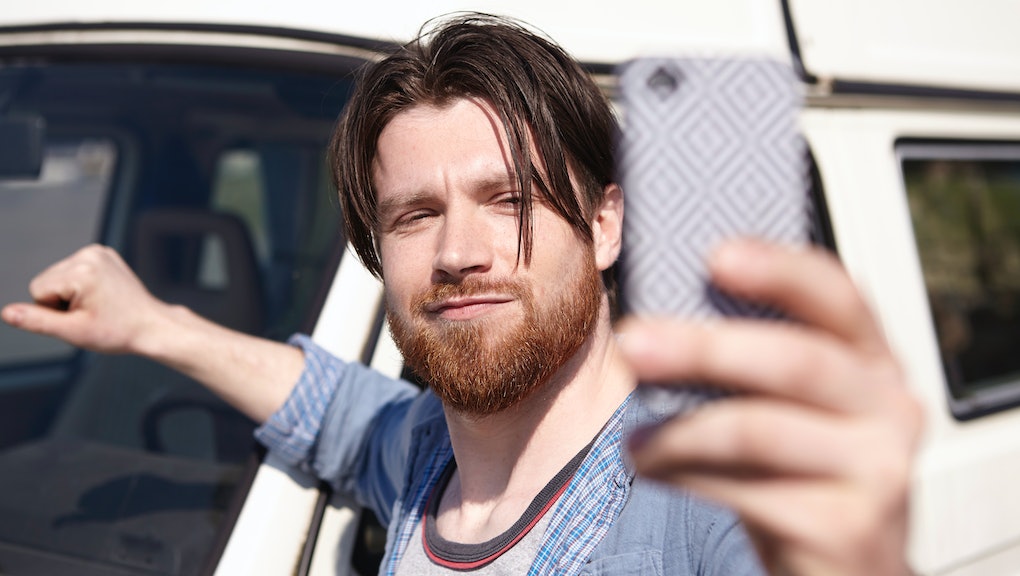 A study published in the journal Personality and Individual Differences found that men who post more selfies to social media sites are indeed more narcissistic.

The research, which surveyed 800 men via an online survey, found a connection between love of selfies and four specific personality traits: narcissism, Machiavellianism, psychopathy and self-objectification (valuing oneself more for one's looks than other attributes).

The findings: Narcissism and psychopathy were linked with the number of selfies posted, while narcissism and self-objectification influenced the tendency of guys to actually edit photos of themselves online.

This study (which, to be fair, only examined men) isn't the first to link selfie-type photos with a high level of self regard. Earlier this year, a survey of 400 men and women found that of all the activities people engage in on Facebook (updating statuses, watching videos, browsing other profiles), the one specifically linked to high levels of narcissism was how they viewed their own profile photos. As Tracy Packiam Alloway, Ph.D., put it, "Narcissistic individuals have an exaggerated view of their attractiveness and want to share it with the world."

That said, we should all try our hardest not to jump to conclusions about people (which, tough luck with that in the online dating world): Selfies are also linked to insecurity and perhaps even self-esteem issues. And that gym selfie-lover might also therefore have issues with intimacy, as one 2013 study found.

And, hey, sometimes a selfie is just for fun, or it even serves the positive function of an expression of pride. (Which you might need if you have low self-esteem, as indicated by all those selfies — the selfie cycle is a vicious one.)

But still. Don't be shocked if that guy whose OkCupid profile consists of seven gym selfies acts a little full of himself on your date. After all, science warned you.

h/t The Science of Us