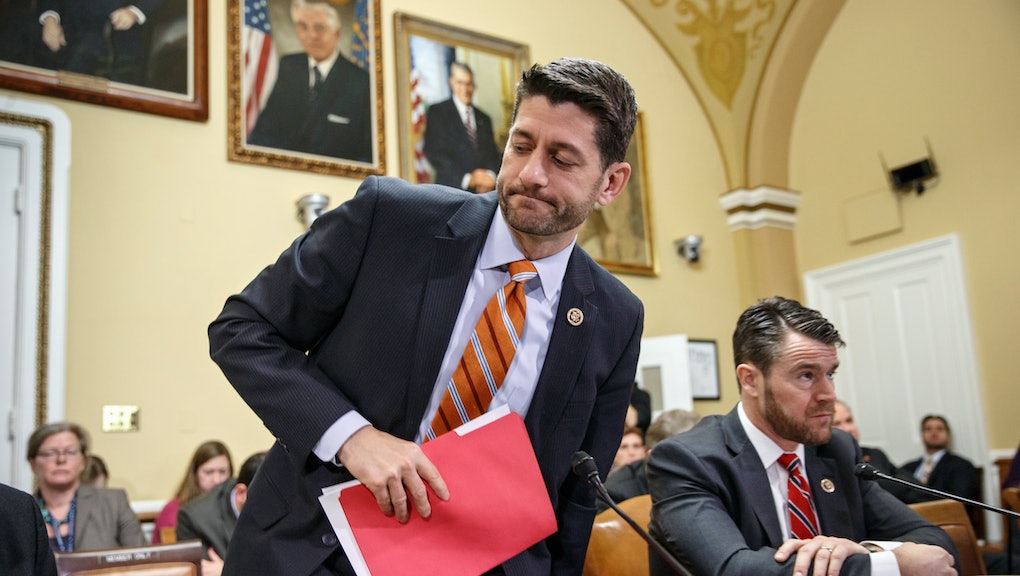 The news: Republicans in Congress voted in favor of a new method of budget prediction that could have huge ramifications on future legislation, potentially making Republican initiatives seem cheaper than they actually are.

The Congressional Budget Office, or CBO, will now use "dynamic scoring" to assess the economic impact of some taxing and spending bills. This means budget projections will take into account how much changes, like tax cuts, will grow the economy — even though many experts say they won't. It may seem like a wonky numerical switch, but it's a way for Republicans to fundamentally change the math behind how the impacts of certain bills are calculated.

How it works: The CBO is a well-respected nonpartisan agency that measures the impacts of taxing and spending bills based on how they'll affect government finances and impact public behavior. A water park admissions tax, for instance, would likely bring in more money for the government but cause fewer people to go to water parks.

What the CBO wouldn't assess is how the bills might impact large-scale economic growth, mostly because that's extremely hard to predict and not everyone agrees on how it works. Republicans tend to think that cutting taxes will grow the economy, while Democrats tend to disagree.

With dynamic scoring in place, the CBO will have to take into account the effects that tax cuts can have on growing the economy, essentially enshrining Republican beliefs as math. The new accounting method will generally make Republican policies seem cheaper while making Democratic policies seem more expensive. The House approved the change Tuesday, with the now-Republican-controlled Senate expected to follow suit for its own bills.

House Budget Committee Chairman Tom Price (R-Ga.) pushed back. "We've heard that it's stacking the deck or that it's cooking the books in favor of tax cuts. That's nonsense," he told the Huffington Post. "What we're trying to do is simply say that if a piece of legislation is going to have a large effect on the economy, that we include that effect in the official estimate."

But that large effect is nearly impossible to predict, unless you're certain of conservative tax-cut dogma. Now what was once a nonpartisan budgetary agency will be using Republican-approved math. And when you change the rules, it's a lot easier to win.