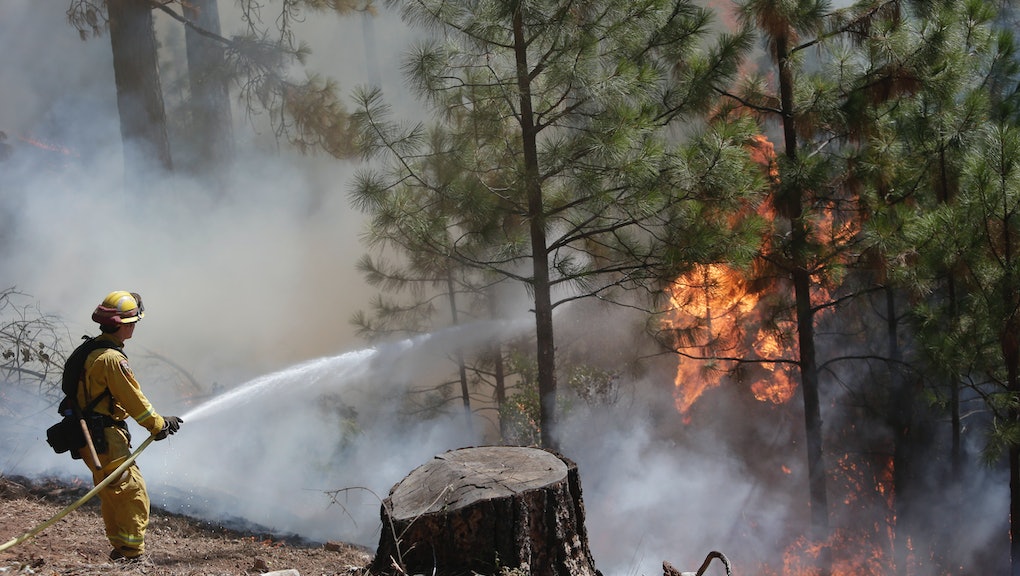 Think Your Job Is Too Demanding? Here Are the Top 10 Most Stressful Careers in America

Job listing website CareerCast released the list of this year's most stressful jobs, and while some of the jobs listed are no surprise — such as a police officer — others are more unexpected.

CareerCast ranked 200 different careers by 100 different criteria, including industry competitiveness, salary, the physical demands of the job and work conditions. The top five most stressful jobs are all are physically demanding and high risk, but the list also includes careers that feature different kinds of stress — a newspaper reporter or an event coordinator doesn't face the dangers that a police officer and a firefighter does, (usually), but they do encounter fierce competition, dismal growth opportunities and salaries that don't match the demands of the job.

As the name implies, being a firefighter comes with risks and dangers. Firefighters are the first to the scene of a burning building, a medical emergency or a dangerous chemical spill. And their adrenaline-filled job obligations aren't the only stress that they face: Forbes reports that firefighters are also facing budget cuts, which has prevented salary growth and hiring.

As of Dec. 16, 2014, 2,215 U.S troops had died in Afghanistan and 4,491 had died in Iraq. Tens of thousands more were wounded. Moreover, the task that the United States Armed Forces are faced with isn't exactly an easy one. Protecting the nation domestically and abroad comes with numerous risks, both physical and mental.

As the pinnacle of the chain of command for another stressful job, military generals are faced with overseeing operations and are responsible for the lives of the military personnel that reports to them.

Airline pilots had a rough year in 2014, and it's predicted 2015 will be stressful as well. Multiple airplanes either disappeared or crashed last year year, underscoring how much responsibility pilots have on their hands. Flying a plane requires a specific skill set, intense concentration and the obligation to keep thousands of passengers safe on a monthly basis.

With the tough year that police officers had last year, it might be surprising that their job didn't snag the top slot. Following the Michael Brown, Eric Garner and Tamir Rice incidents, police saw a huge backlash against their authority. Two police officers were shot and killed in New York City in December 2014, and another two were recently shot in a robbery in the Bronx.

While Hollywood may sound glamorous, CareerCast reveals that the fancy facade hides the stress that comes with the role. Actors are constantly in the public eye and also face frequent auditions, travel and irregular hours.

One of the categories that CareerCast ranks jobs by is how much the job requires working in the public eye. Appearing on television day in and day out to talk about the tough issues isn't so easy on the stress levels.

Coordinating massive events involves two of the biggest stressors in the workplace: strict deadlines and coordinating a wide range of people and opinions.

Getting the perfect shot doesn't come without risk. Photojournalists must go to the front lines of conflicts, crime scenes and international emergencies. Moreover, the risks of the job aren't well compensated by the profession's meager salary offering.

Alongside listening to the endless chorus predicting the death of newspapers and the constant threat of being laid off, newspaper reporters must also keep an eye on important local and world events — all while the public keeps a close eye on them.

If your career didn't rank in the top 10, breathe a sigh of relief. Your job might be stressful, but there are people out there who have it worse. And if you made the top 10 — pour yourself a cup of tea and sit back. You deserve to de-stress.