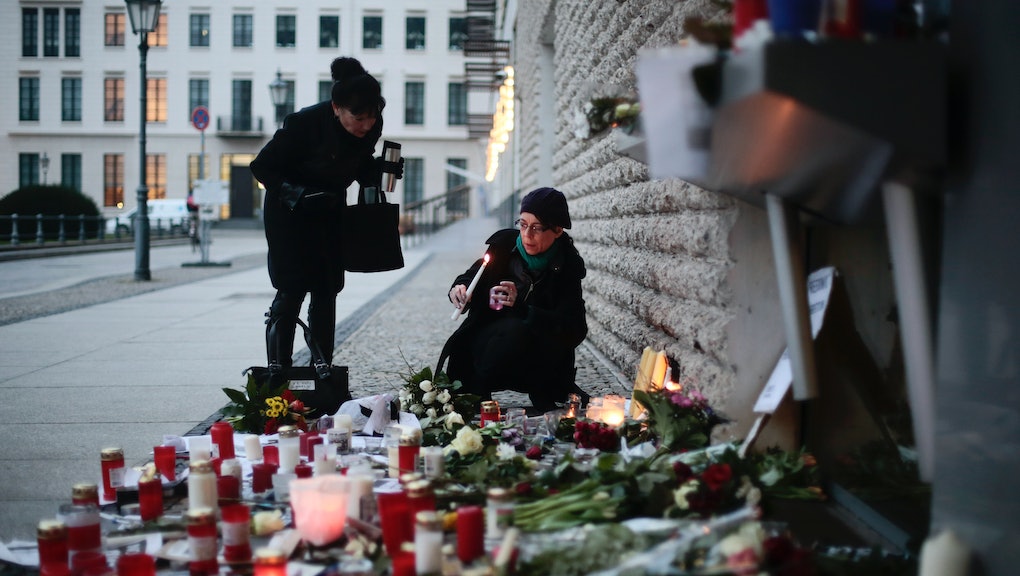 In the hours following the deadly attack on French satirical magazine Charlie Hebdo, much of the public support has been directed toward the victims that worked for the magazine, like editor-in-chief Stéphane Charbonnier, 76-year-old cartoonist Jean Cabut and economist Bernard Maris.

The recognition of their ultimate sacrifice in the name of free speech and open discourse is beautiful, but it's equally important to remember that the lives of the victims extended beyond the confines of the magazine. Two of those killed, 42-year-old Ahmed Merabet and 49-year-old Franck Brinsolaro, were police officers — the very people tasked with protecting Charlie Hebdo's staff. Merabet's death was captured on film during a French television broadcast and shared quickly across social media. Two masked gunmen can be seen approaching him, ignoring his pleas to spare his life.

Who was he? As information about the victims began to filter out, the world learned that Merabet worked at a police station in Paris' 11th Arrondissement, near the location of Charlie Hebdo's offices. Reports also emerged that Merabet was himself Muslim.

Merabet, then, died at the hands of one of his own — albeit its fanatical and dangerous minority. It is especially and darkly ironic given that the gunmen allegedly shouted, "We have avenged the Prophet Muhammad." The name "Ahmed" shares linguistic roots with "Muhammad," and the prophet was sometimes referred to as Ahmed.

He gave his life to protect Charlie Hebdo's right to ridicule his religion, a powerful fact that has now become a trending hashtag on Twitter:

Merabet's sacrifice matters: Each of the 12 victims deserves equal remembrance and respect. But given the Islamophobic backlash that has already ripped through France — several mosques were vandalized overnight, and many fear that the Charlie Hebdo attack is to blame — the country is in a dangerous place when it comes to anti-Muslim sentiment.

Instead of assuming that everyone who practices Islam is tied to the extremists who carried out Wednesday's violence, we would do well to remember that that vast majority are, in fact, much closer to Ahmed Merabet.