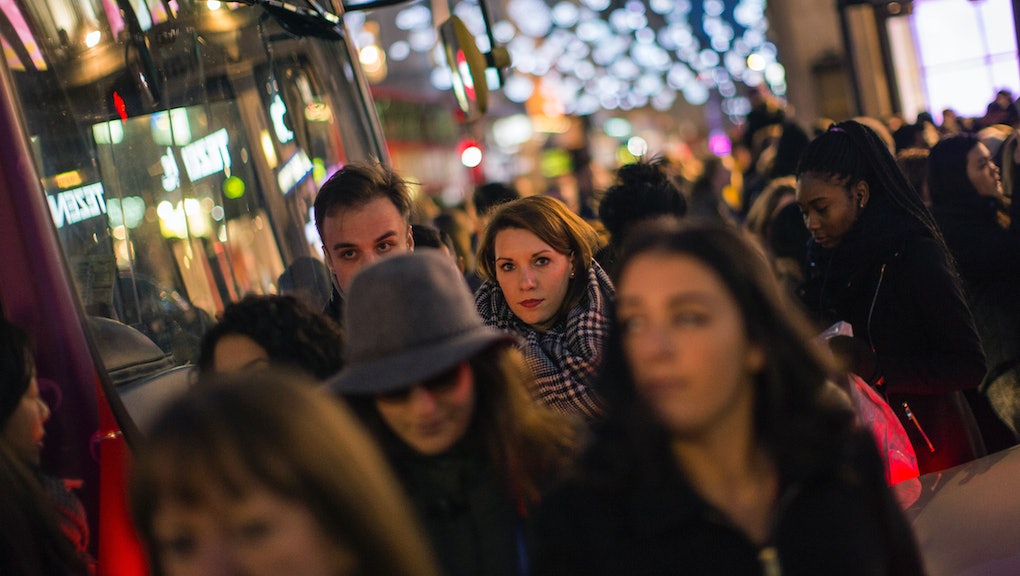 If the Internet's obsession with manspreading has taught us anything, it's that many men feel more entitled to public space than women. Need proof? Just look at the results of a social experiment conducted on the sidewalks of NYC recently by labor organizer Beth Breslaw.

This past November, 25-year-old labor organizer Breslaw strode confidently through NYC without regard for those around her — a gait she designed to mimic how she's observed men interact with pedestrians. Beth's sister, journalist Anna Breslaw, summed up her findings with this perfect tweet:

This is called "manslamming," which Jessica Roy, who interviewed Breslaw about her experience for the Cut, defines as "the sidewalk M.O. of men who remain apparently oblivious to the personal space of those around them" who "will walk directly into you without even acknowledging it" should someone fail to move out of their path.

According to the Cut, Breslaw refused to "alter her path for anyone, male or female" for over a month. Why? As the Anna told Mic, it was to prove the consequences of manslamming, "one of those small, pervasive things that just hang in the air and make life just a little more frustrating for women, and then all of those little things combined feel pretty damn big." According to her, the experiment addresses the fact that many people "don't recognize this sort of sexism, or inherent privilege, or privileged obliviousness" as sexism. She also noted that the barrage of insulting responses she's encountered since tweeting about her sister — a response that underscores the sexism behind this behavior.

Breslaw's experiment, though not entirely scientific, adds to the growing movement against men's feelings of entitlement in public space. As previously mentioned, the conversation surrounding public space and safety started in earnest as a result of feminists' recent campaigns targeting "manspreading." Feminists have filmed social experiments and even created a Twitter hashtag to raise awareness about many men's tendency to carelessly take up excessive room on public transportation. These efforts garnered not only viral attention but legitimacy by New York City's Metropolitan Transportation Association, which announced it will launch its own anti-manspreading campaign.

Clever terms are just the start. Explicitly labeling everyday sexism, however subtle, and challenging those acts through social experiments like Breslaw's help raise consciousness and generate conversation about a pervasive issue. However tongue-in-cheek these efforts may be, they tap into an enduring ethos of male entitlement to public space. The more frequently people like Breslaw take public, deliberate stands against these normalized practices, the closer we come to equality: on the streets and beyond.