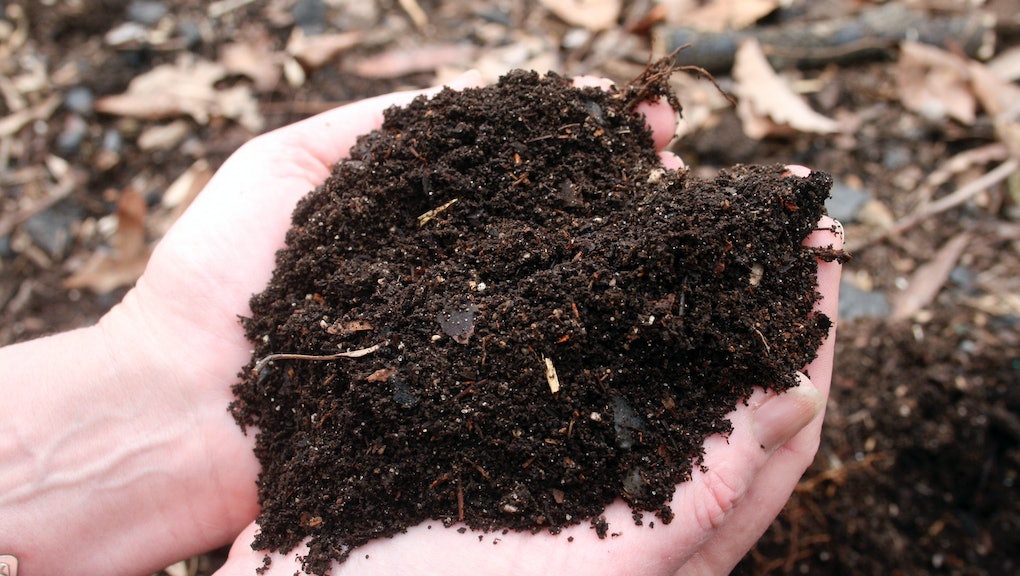 Science Just Discovered the Dirtiest Weapon in the War on Germs

Germaphobes can finally chill out, because Mother Nature — and all of her bacteria — have your back.

The news: This week, researchers at Northeastern University in Boston unearthed a new source for creating powerful antibiotics: dirt.

The science: Antibiotics — the pills doctors prescribe when you catch a bacterial infection of any kind, like strep throat or a urinary tract infection — use chemicals or microbes to kill, slow down or stop harmful bacteria in the body from multiplying. Out of all the antibiotics that the researchers found in soil, teixobactin is the one that impressed them the most. While some antibiotics break down the DNA of a bacteria, others, like teixobactin, bind to their cell wall to prevent them from developing and reproducing. As an added bonus, inhibiting a cell wall of a bacteria makes it tougher for the microorganism to develop a resistance to the drug.

To test out teixobactin's powers, the researchers had to figure out how to grow it in a lab without having to learn all of the specific features of its environment. The team ditched the standard petri dish in lieu of a tool called an iChip, which is designed to keep the bacterial environment more or less intact. Then, they injected the antibiotics into mice with infections like staph, strep and TB. The mice lived.

The researchers caution that there is still a lot of work to do before teixobactin is safe for use in humans. Still, it's pretty promising stuff.

This could transform the antibiotics industry. Antibiotics are expensive to make and difficult to develop at the rate at which new bacterial strains are discovered. Scientists tasked with looking for new ways to help our body fight off harmful microorganisms are calling the discovery a "game changer."

Tom Frieden, the director of the Centers for Disease Control, last July warned, "If we're not careful, we will soon be in a post-antibiotic era. And in fact, for some patients and pathogens, we are already there." He may now be breathing a sigh of relief, since one of the ultimate weapons to fight infectious diseases might have been right under our feet this whole time.

So, yes, Mother Nature may have "saved our bacon," especially if it was just dropped on the ground.