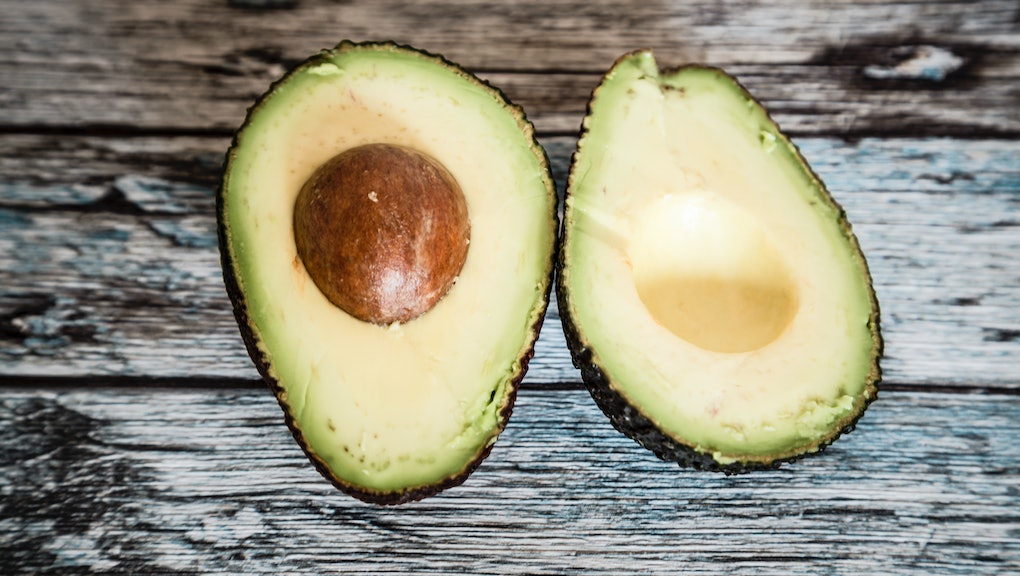 Fans of avocados already know that the little green treasures are pods of tasty, unbridled happiness. What they might not know, however, is that the giant berries are also cholesterol-busting superfoods.

That's according to a new study published in the Journal of the American Heart Association, which took 45 overweight people and put them each on one of three diets. The first plan was low-fat and included fruits, whole grains and a small portion of red meat, while the other two were both moderately high in fat; one of them, however, added in one avocado per day.

Researchers reported that the avocado-rich diet resulted in significantly reduced amounts of LDL cholesterol (the bad kind) compared with the other diets. "Our results demonstrate that avocados have beneficial effects on cardio-metabolic risk factors that extend beyond their heart-healthy fatty acid profile," the study's authors concluded.

"I was surprised to see the added benefit [of the avocado]," Penny Kris-Etherton, the lead author of the study, told NPR. There's something valuable in the avocado besides its fat composition, she added.

Avocados have other health benefits, too. Although they have a relatively high caloric value (there are about 200 calories in a single fruit), much of them come from good sources. "Avocados are very high in omega-3 fatty acids, the good kind of fat, in the form of alpha-linolenic acid," San Diego-based nutritionist Laura Flores told LiveScience.

They're also high in protein, vitamin B5, vitamin K fiber, magnesium, phosphorus and iron. They even have more than potassium bananas, according to the New York University Langone Medical Center, and they contain lutein, a carotenoid that helps protect against eye diseases like cataracts and macular degeneration.

But don't get too attached. As Mic reported in December, avocado prices have been on the rise because of both droughts and cartel violence. California is responsible for about 95% of America's avocado supply, but the ongoing drought has wreaked havoc on the crop.

Meanwhile, Mexican drug cartels are threatening avocado farmers with extortion and violence, putting the $1 billion trade between the two countries under stress.

However, before you get too worked up about the decline of your beloved alligator pear, remember that it is in fact possible to have too much of a good thing. The health benefits of avocados only go so far; overindulging in the fatty food can have negative effects on one's health, just like with any other foodstuff.

Keep it in balance, however, and your cholesterol just might thank you.