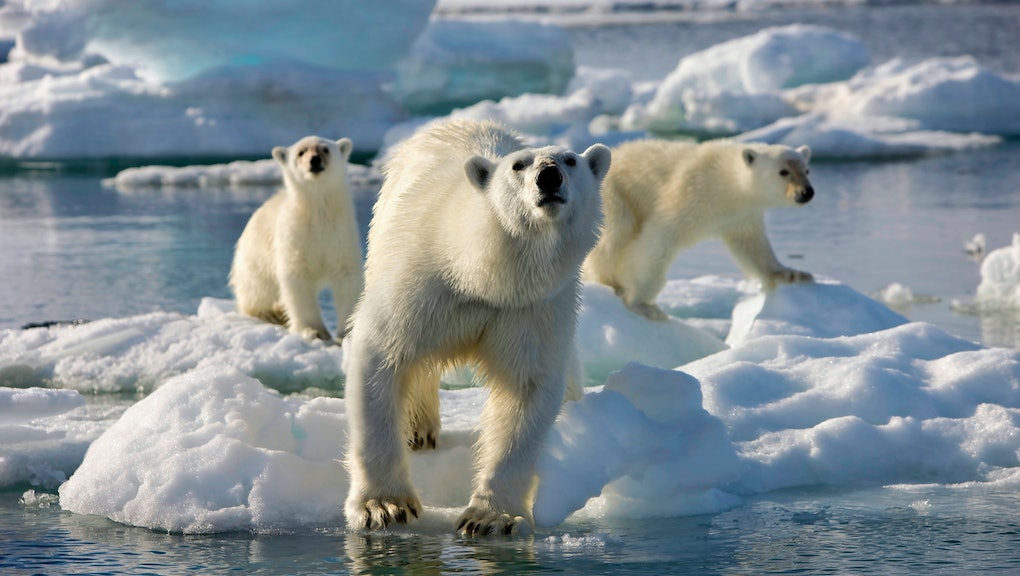 Only 8 States Have Congressional Delegations Free of Climate-Change Deniers

2014 was the hottest year in human-recorded history. But if you were expecting Congress to actually do something about it, then you'd be dead wrong.

According to a new analysis by CAP Action researchers at ThinkProgress, just eight states have a congressional delegation free of climate-change deniers. The rest have at least one senator or representative who either denies or questions the scientific consensus behind global climate change, which 97% of relevant scientists agree is both occurring and driven by human activity.

One hundred and thirty-one Republican members of the House of Representatives and 39 Republican senators are deniers:

It's the GOP's fault. According to CAP Action's analysis, 53% of House and 72% of Senate Republicans stand at odds with the established scientific observations about the Earth's changing climate. One state, Texas, boasts 17 deniers. In many Southern states or states deeply involved in the petroleum business, 25% to 50% or even more of their congressional delegations are seeing no climate change, hearing no climate change and speaking no climate change.

These deniers don't dominate Congress all on their own, but they do hold positions of immense power within the nation's highest legislative body. Sen. James Inhofe (R-Okla.), who said in 2003 that scientific debate on climate change "resembled a Soviet-style trial, in which the facts are predetermined and ideological purity trumps technical and scientific rigor," is now running the Senate Environment and Public Works Committee. That's the Senate's most important body on climate oversight.

According to the Boston Globe, Inhofe plans on running it like a "one-man truth squad." In 2012, he literally cited the Bible as proof that God's creation was too elaborate for humans to screw up with carbon. This is the guy Republicans think should be in charge of the climate.

Whether or not they truly believe that all is well and scientists are just panicking over meaningless data, the truth is also that the deniers are bought and paid for. According to the CAP Action analysis, on average, "Senate deniers took $721,858 from fossil fuel interests, while other senators took $180,876" in career contributions from coal, oil and gas industries. In the House, the split was $272,536 to $80,095.

If these guys end up calling the shots on how to deal with the incredibly dire projected consequences of climate change, the planet is screwed, pure and simple.