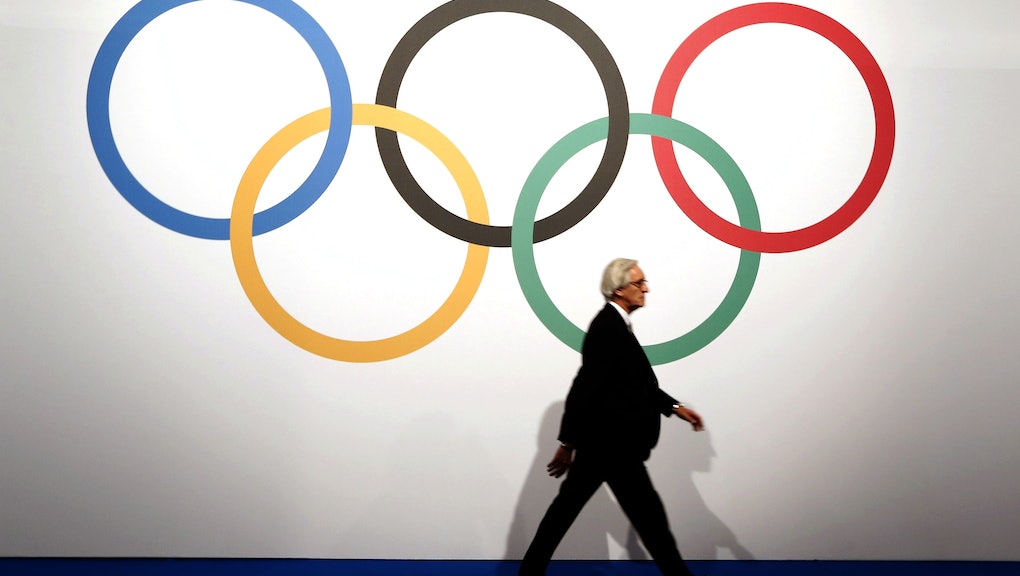 Boston Has Been Chosen as the US's 2024 Olympic Games Contender

The Olympics of the future may come to one of the United States' oldest cities.

NPR reports that Boston has beaten out Los Angeles, San Francisco and Washington, D.C. as the United States' nomination for the 2024 Summer Olympic and Paralympic Games.

"This selection is in recognition of our city's talent, diversity and global leadership," Boston Mayor Marty Walsh said, reports NPR. "Our goal is to host Olympic and Paralympic Games that are innovative, walkable and hospitable to all. Boston hopes to welcome the world's greatest athletes to one of the world's great cities."

The background: According to Quartz, Boston was a strong contender selected on the basis of its universities, medical centers and "strong sports traditions like its championship teams and the Boston Marathon." The city's proposal came with an estimated price tag of $10 billion and was designed to have a light footprint, using mainly pre-existing venues that made us of a pedestrian- and bike-friendly layout. Its strongest challenger was Los Angeles, which had previously hosted the Olympics twice (most recently in 1984).

President Obama issued a statement supporting the selection of Boston, saying that since the terrorist attack during the city's April 2013 marathon, "the city has taught all of us what it means to be Boston Strong."

But not everyone is happy. Critics such as nonprofit group No Boston Olympics claim that the $4.5 billion in private investment and $5.5 billion in planned public infrastructure spending will inevitably fall short of the actual costs, since the Olympics has a long and consistent history of going well over budget. A recent paper from researchers at the University of Oxford found that every Olympics in the past 50 years has gone over its initial budget proposal, with the average cost overrun coming to 179%.

It also accused the city of misleading the public in order to gain the bid.

"The bid needs to be released immediately, and we need to have an open and honest and transparent and open conversation about what this means for taxpayers," No Boston Olympics chair Chris Dempsey told Boston.com. "I think the people of the Commonwealth will demand it."

The ACLU has also warned that the Olympics are often a pretext to violate citizens' rights. In an op-ed for the Guardian, ACLU Massachusetts members Carol Rose and Kade Crockford warned that people within the likely National Security Special Event "could lose a host of constitutional rights, including the right to protest on public land, and the right to not be searched or questioned absent any reasonable suspicion of wrongdoing." They noted that before the 1996 Atlanta Olympics, 9,000 mostly black people were arrested.

What's next: The people of Boston may never have the opportunity to look back fondly on the 2024 Olympics or regret them, because the city will face stiff competition from other countries' nominees such as Rome, Paris, Nairobi, Casablanca, Johannesburg and Melbourne.

The Olympics may even decide to move to a new continent. NPR's Howard Berkes reported that "If South Africa bids, some in the IOC may be tempted to stage Africa's first Olympics ever."

In the meantime, opponents of holding the games aren't backing down. Instead, they're gearing up: