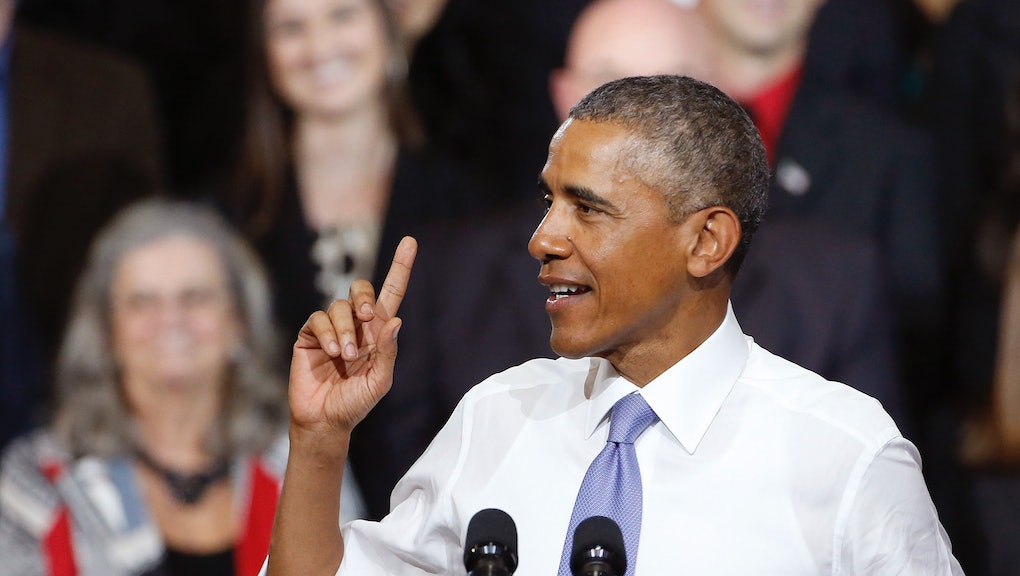 On Friday, President Barack Obama will give millions of Americans the ultimate gift: a free education.

At a speech Friday in Knoxville, Tennessee, Obama will be announcing his proposal to give American workers two years of a community college education.

Obama made the announcement via a Facebook post on Thursday evening with a video teasing the proposal and outlining the basics behind this idea.

Though the White House hasn't yet released any other details of the plan, more specifics of the proposal can be expected at Friday's speech in Knoxville and at next week's State of the Union address. USA Today reports that the cost and funding issues can be expected to be addressed in the president's upcoming budget request on February 2, though the White House has preliminary expectations that 9 million students will participate, saving each one up to $3,800 a year, which translates into an overall cost of $34.2 billion.

This announcement should come as a godsend to the millions of young Americans who are facing every-increasing college tuition costs and, with that, seemingly insurmountable piles of student loan debts. And considering that fact that some sort of college degree is required for almost every job on the market today, a proposal like this could open countless doors for the millions of Americans who might otherwise be out of luck.