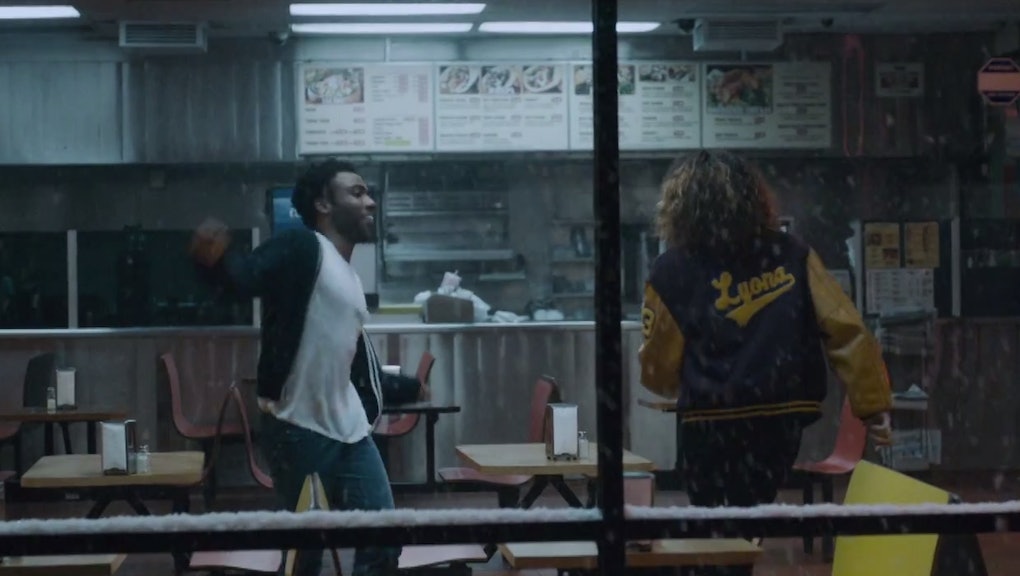 Childish Gambino is a genuine mastermind — and this year the music world is finally recognizing it.

He killed it in 2014, releasing an EP and a mixtape and earning his first two Grammy nominations. Now he's kicking off 2015 right with a video for his latest single, "Sober."

This is a clever take on the traditional courtship video. Gambino is trying to woo a girl in a pizza shop, but despite his epic dance routine he still winds up alone. It's a fun and funny video proving once again that few artists have their music video game on lock like Childish Gambino, whose training in comedy and acting served him well.

Gambino's increasingly noted for his music, too. He's been pushing into more ambitious artistic territory of late and it's paying off. Because the internet is up for a Grammy for Best Rap Album and "3005" is up for Best Rap Performance, nominations that will seal his position as a leader in the genre whether or not he wins.

There's something big on the horizon, too. Gambino currently has no Internet presence — a blank Twitter, a blacked-out website — so it's hard to follow exactly what he's up to and what we can expect to see from him this year. But whatever it is, it's pretty safe to say it will be dope.