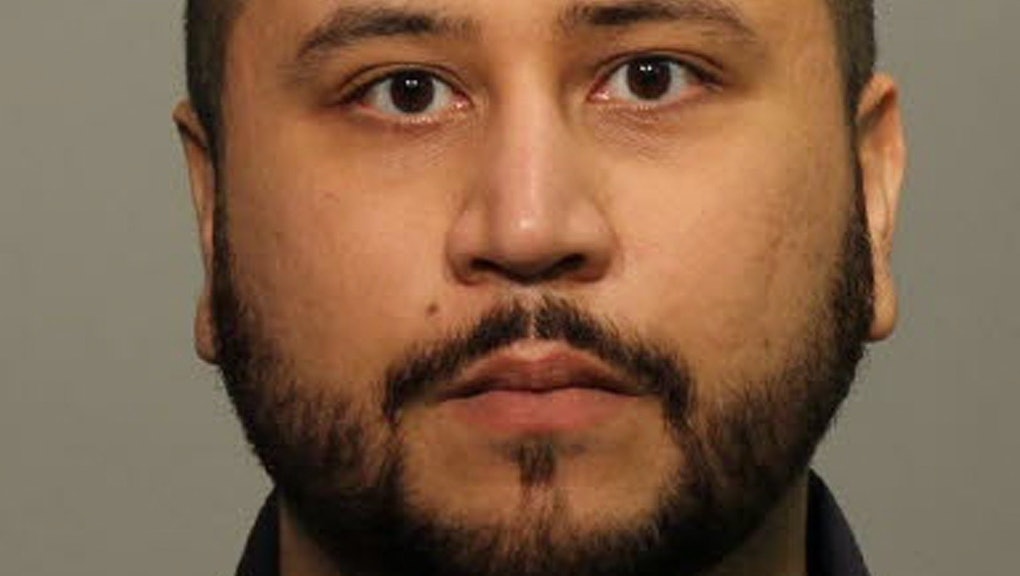 George Zimmerman, the man acquitted by a Florida jury over the shooting death of unarmed Trayvon Martin, was arrested late Friday for aggravated assault and domestic violence after allegedly throwing a wine bottle at his girlfriend. It's his fourth encounter with police since his acquittal in 2013.

According to NBC News, Zimmerman was released on a $5,000 bond and was ordered to not have any contact with the alleged victim. He also must surrender any firearms he owns; he has said that he carries a gun on his person at all times since Martin's shooting. He's expected to appear in court again Feb. 17.

Zimmerman was acquitted of Martin's second-degree murder in July 2013 (in a decision that was roundly criticized). Since then, America has only continued to rack up counts of blatant assault against black men and women by law enforcement officers (who were then cleared of any wrongdoing). And Zimmerman has continued to rack up run-ins with the police: On Sept. 9, 2013, Zimmerman's estranged wife reported that Zimmerman had threatened her and her father with a gun and had punched her father in the face. On Nov. 18 of the same year, Zimmerman's then-girlfriend (who is not the same victim now, according to a police spokeswoman) called 911 and alleged that he had pointed a shotgun at her and began breaking her belongings after she asked him to leave her home.

Prosecutors declined to pursue either of those cases.

Twitter's @_FloridaMan may have summed up this latest arrest most succinctly: