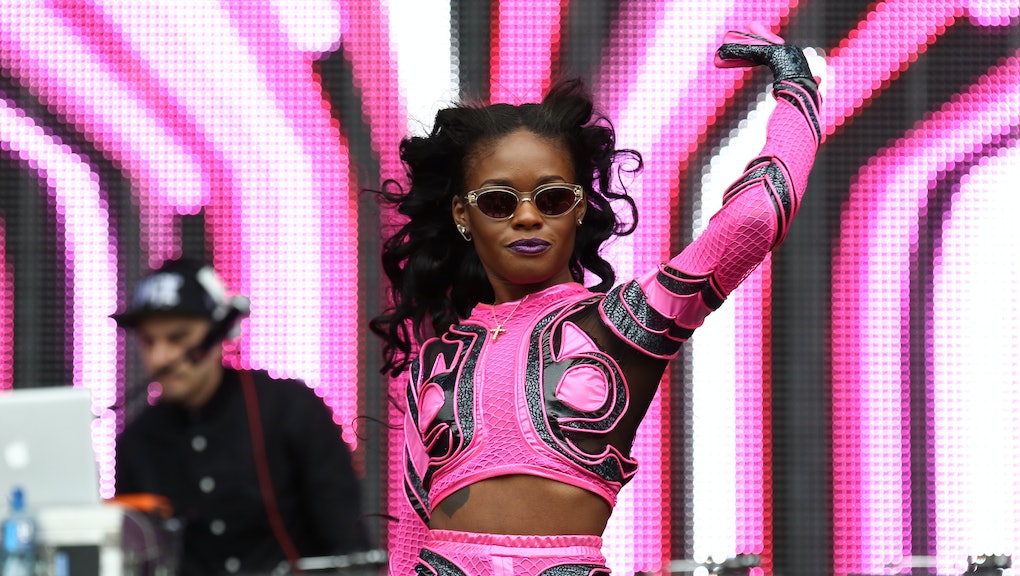 Nationwide street protests and social media feeds aren't the only places where debates over the Michael Brown and Eric Garner grand jury decisions — they're also taking place at the top of the charts.

Rapper Azealia Banks has been at the forefront of music artists who have taken a bold stance on the issue of police brutality directed at unarmed black men, frequently calling out other figures in the industry for wishy-washes statements — or no statements at all — on the issue. The latest object of her derision: Kendrick Lamar.

In a cover interview with Billfold, the 27-year-old king of West Coast rap set off a firestorm of criticism when he seemed to put the burden of appropriate behavior onto the people being subjected to police oppression:

"I wish somebody would look in our neighborhood knowing that it's already a situation, mentally, where it's fucked up. What happened to [Michael Brown] should've never happened. Never. But when we don't have respect for ourselves, how do we expect them to respect us? It starts from within. Don't start with just a rally, don't start from looting — it starts from within."

Cue Banks, who ripped into Lamar (although not by name) on Twitter, and for giving them to a "white publication":

This isn't her first time she's taken on race issues in hip-hop. Banks previously lashed out at fellow rapper Iggy Azalea for staying silent during the grand jury decisions and their aftermath. Dubbing her "Igloo Australia," Banks called out the white rapper for appropriating black music but not supporting black issues:

As Tom Barnes wrote in Mic when Banks took on Azalea, "as hip-hop becomes more mainstream and commodified, it cannot lose its revolutionary origins. Hip-hop artists need to use their exalted social platforms to speak out on social and political issues important to underprivileged communities." Until they do, the hip-hop and rap communities can rest assured that Banks will be there, Twitter account at the ready.