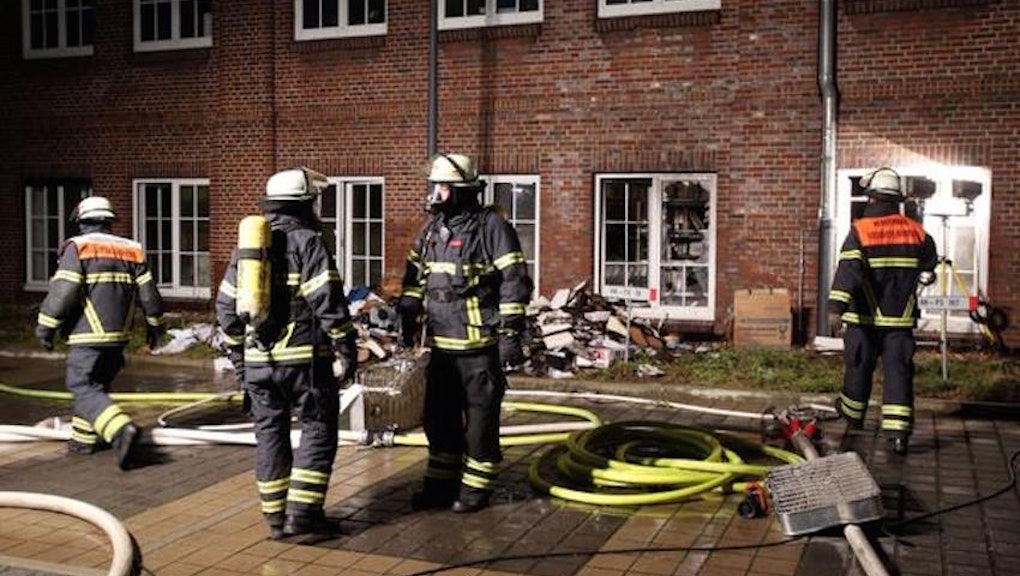 Early Sunday morning, arsonists attacked the Hamburger Morgenpost offices in Germany in what appears to be retribution for reprinting Charlie Hebdo cartoons. Two unidentified people hurled stones and "incendiary devices" into the offices of the tabloid paper in Hamburg, the country's second largest city.

RT reports that police have arrested two men who were found behaving "suspiciously" in the vicinity, but authorities have now launched an investigation to find the culprits behind the attack. The investigation is being treated especially carefully considering the believed link to the Charlie Hebdo retaliation.

Roughly translated: "It's true: Tonight there was an arson attack on our newspaper."

RT also released this video footage of the Morgenpost's building after the attack.

While the Morgenpost was lucky that no one was in the office during the attack and therefore there weren't any victims, the attack was a stark reminder that Wednesday's gruesome attack on the Charlie Hebdo offices in Paris will not go down as a standalone incident. As Paris and the rest of the world stand up to honor the fallen victims and stand up for freedom of speech and expression, the world must remember that unfortunately these kinds of senseless attacks will likely continue.

As people gather to mourn the fallen and reaffirm their belief in the importance of freedom of expression, the messages of "Je Suis Charlie" not only represent the people who lost their lives, but the ideas they stood for and the ideas they died for. And those are ideas that cannot, and must not, be allowed to suffer in the face of hateful adversity.