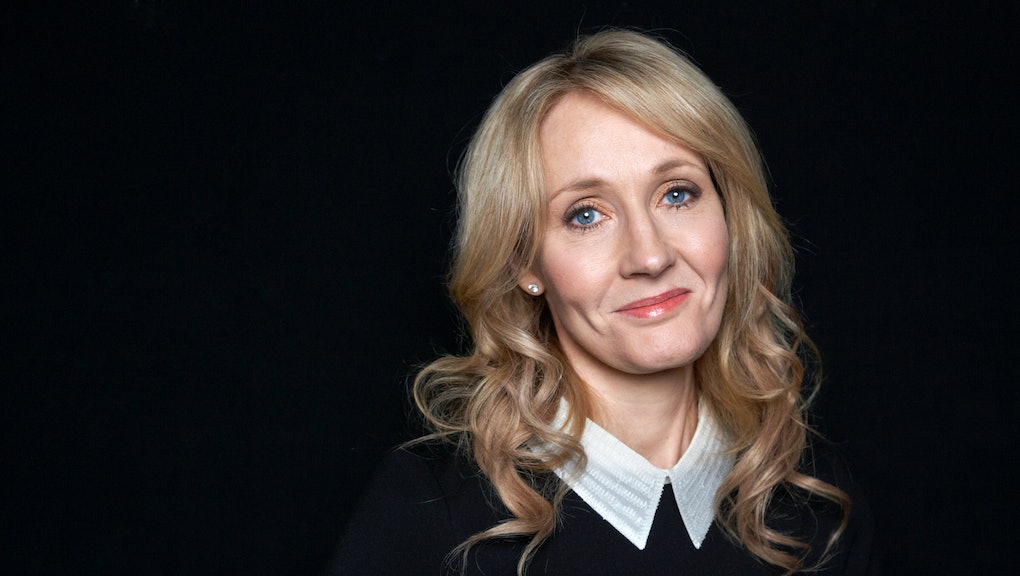 After the violent attacks on the Charlie Hebdo offices in Paris that killed 12 Wednesday, media tycoon and News Corp. owner Rupert Murdoch shared his less-than-understanding opinion of the situation on Twitter:

While it should be blatantly obvious that the attackers' actions in no way represent a religion of roughly 1.6 billion people, Murdoch's 140 character analysis clearly failed to grasp even the basic idea that an entire religion cannot be blamed for these attacks.

But leave it to author J.K. Rowling to offer exactly what Murdoch, and anyone else who thinks like him, needs to hear:

"I was born a Christian. If that makes Rupert Murdoch my responsibility, I'll auto-excommunicate."

Then, to hammer the point home, she followed it up with:

On the one hand, Rowling's tweet was a simple "If this is true, what else is true" joke: If you really think one person can represent an entire religion and billions of people, then we're going to treat you the same way, Murdoch. But the joke had a bitingly smart motivation behind it that not only took down Murdoch's absurd and anti-Muslim rhetoric, which he later tried to double down on and defend, but also reminded everyone that religion doesn't work like that.

If we try to talk about these terrorists' actions in terms of the color of their skin or their beliefs and religion, then we fail to recognize the evil behind the attacks for what it is: pure evil. While extremists might claim they were motivated by religious beliefs or by the expressed need to "protect the honor of Allah," it's clear that their actions were not the actions of an entire religion, but the actions of a small cell of hateful people seeking to destroy and terrorize.