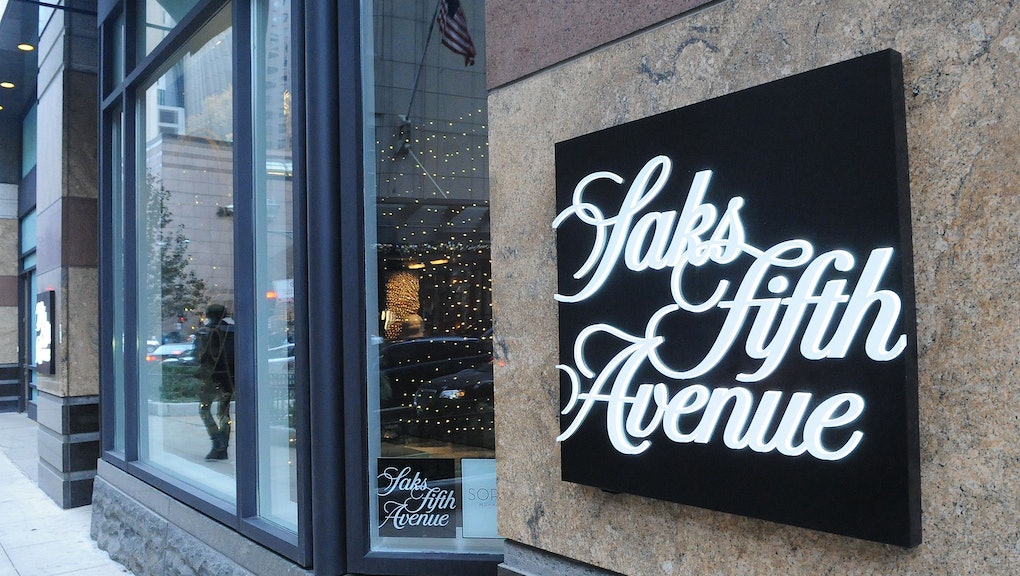 Every employee should be free from discrimination based on their race, religion, and sex or gender identity — but don't tell that to Saks Fifth Avenue.

At least, that's what their court filings seem to indicate. In a suit brought by former employee Leyth O. Jamal, who claims that she was harassed and terminated by the posh retailer on the basis of her trans identity, the Saks Fifth Avenue legal team has claimed that they don't need to justify the way she was treated to the courts because the Civil Rights Act of 1964 doesn't cover transgender people.

As BuzzFeed's Chris Geidner reports, the clothing chain is essentially making the argument that it had the right to discriminate against Jamal in the first place.

The background: Slate's Mark Joseph Stern points out that Saks' move to dismiss the suit in this manner is not only "morally repulsive" but completely unnecessary. The retailer could have insisted that the lawsuit was groundless by demonstrating Jamal wasn't harassed on the basis of her identification as a woman or that her firing was unrelated. It's also questionable, given that the Equal Employment Opportunity Commission expanded the scope of Title VII to cover transgender people and other courts have taken similar stances. The Justice Department recently announced it would begin supporting transgender discrimination claims in court.

Instead, Saks seems to be going out of its way to assault the very notion of non-cisgender identities. Stern noticed that the filings repeatedly refer to Jamal as "he" and "him" and include "[sic]" after every reference to her as a woman. It's almost as if Saks realized discrimination had occurred and was doubling down to win the case, regardless of whether doing so would tacitly endorse that discrimination. It's worth noting that the company explicitly committed to trans equality in their employee handbook.

"Saks' arguments are hugely concerning to us," Deena Fidas, Human Rights Campaign workplace equality director, told BuzzFeed. "In its court filings, Saks attempts to secure a motion to dismiss Ms. Jamal's allegations by simultaneously calling into question the validity of its own non-discrimination policy and the larger, crucial protections afforded by Title VII."

Saks repeatedly insisted to BuzzFeed that no discrimination had occurred and that the chain would not tolerate it if it had. However, it refused to further clarify its position on whether Title VII protected transgender employees.

Mic has reached out to Saks for comment but has yet to hear back.

Why you should care: According to the American Civil Liberties Union, transgender discrimination is rampant and affects every part of a transgender person's life. Meanwhile, polls have repeatedly shown widespread support for laws that would protect transgender people against workplace discrimination.