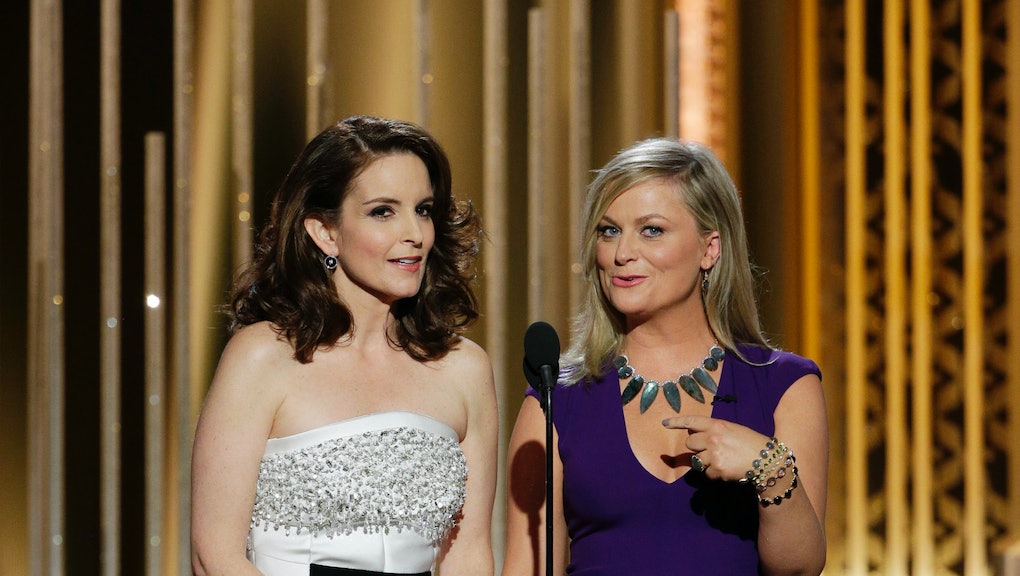 "Good evening and welcome, you bunch of despicable, spoiled, minimally talented brats," Tina Fey declared, and thus the 2015 Golden Globes were off to the races.

In their opening monologue, Fey and Amy Poehler, her awards show partner-in-crime, treated viewers to a nonstop parade of zingers that included the year's controversial topics (North Korea, Bill Cosby) and some of the pair's favorite targets, including Hollywood's unrealistic beauty standards and diet obsessions.

And, as always, they delivered. Tina and Amy, you remain our favorite part of the Golden Globes, now and forever. (Check out some of the best zingers below the video.)

On North Korea: "North Korea referred to The Interview as 'absolutely intolerable' and 'an wanton act of terror.' Even more amazing: not the worst review the movie got."

On female beauty standards: "Steve Carrell's Foxcatcher look took two hours to put on, including his hairstyling and makeup. Just for comparison, it took me three hours today to prepare for my role as a human woman."

On Hollywood's diet pressures: "Jennifer Aniston is here tonight, nominated for the film Cake. And we should explain to all the people in the room, the Hollywood people: Cake is like a fluffy substance that people eat on their birthdays."

On aging: "And birthdays are things that people celebrate when they admit that they have aged."

On feminism: "George Clooney married Amal Alamuddin this year. Amal is a human rights lawyer who worked on the Enron case, was an advisor to Kofi Annan regarding Syria and was selected for a three-person U.N. commission investigating rules of war violations in the Gaza Strip. So tonight, her husband is getting a lifetime achievement award."

On racial progress: "The movie Selma is about the American civil rights movement that totally worked and now everything's fine."

On Bill Cosby: "In Into the Woods, Cinderella runs from her prince, Rapunzel is thrown from her tower for her prince, and Sleeping Beauty just thought she was getting coffee with Bill Cosby."