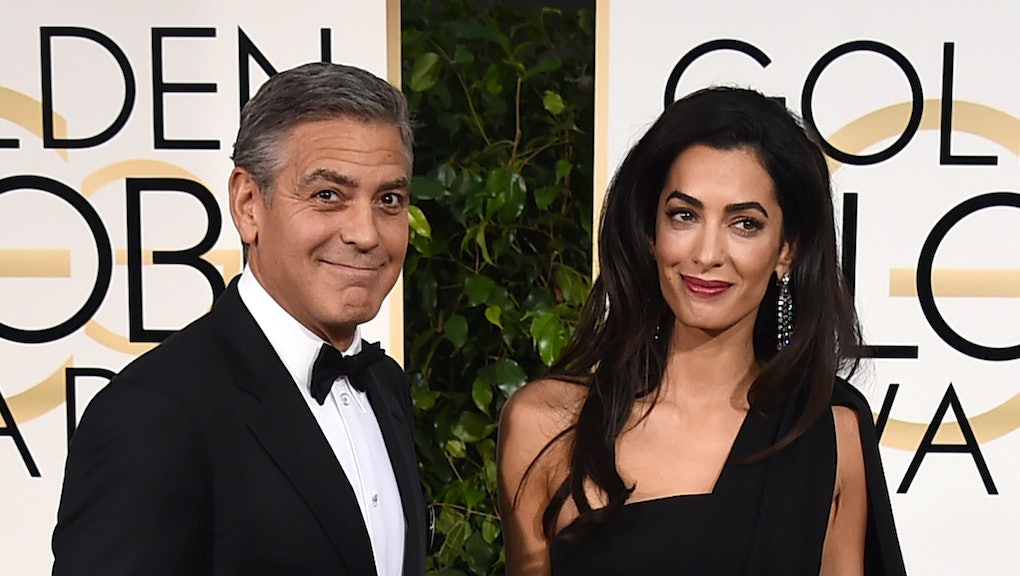 Tina Fey and Amy Poehler came out swinging at the stars assembled at the Golden Globes in downtown Los Angeles, but the best joke was by far the subversive commentary about Hollywood and the role it plays in shaping how we value men and women in society.

We knew hosts Fey and Poehler would be good, but their opening monologue surpassed all possible expectations.

After listing the impressive accomplishments under Amal Clooney's belt, like being an international human rights lawyer who worked for the United Nations and serving as an adviser to Kofi Annan in Syria (read her entire Wikipedia page, seriously), Fey quipped, "Tonight her husband is getting a lifetime achievement award."

It's a joke that's both hysterical and telling:

Given that Amal Clooney had to put up with Ryan Seacrest's ridiculous questions about her gloves on the red carpet and the horrendously offensive "game over" T-shirt the crew offered as a "wedding gift," this opening monologue was probably the only thing that stopped her from packing her shit and running to the nearest law firm where stupid celebrities are not allowed.

The joke points to the problem with the Golden Globes, and all awards shows for that matter: By holding up men and women alike as objects, Hollywood erases any other credentials that actually matter in real life.

Thank you, Tina and Amy, for saying what we were all thinking. Props to Amal Clooney for resisting the urge to side-eye during the red carpet. She deserves an award for her accomplishments, and more importantly, for tolerating all of this crap.