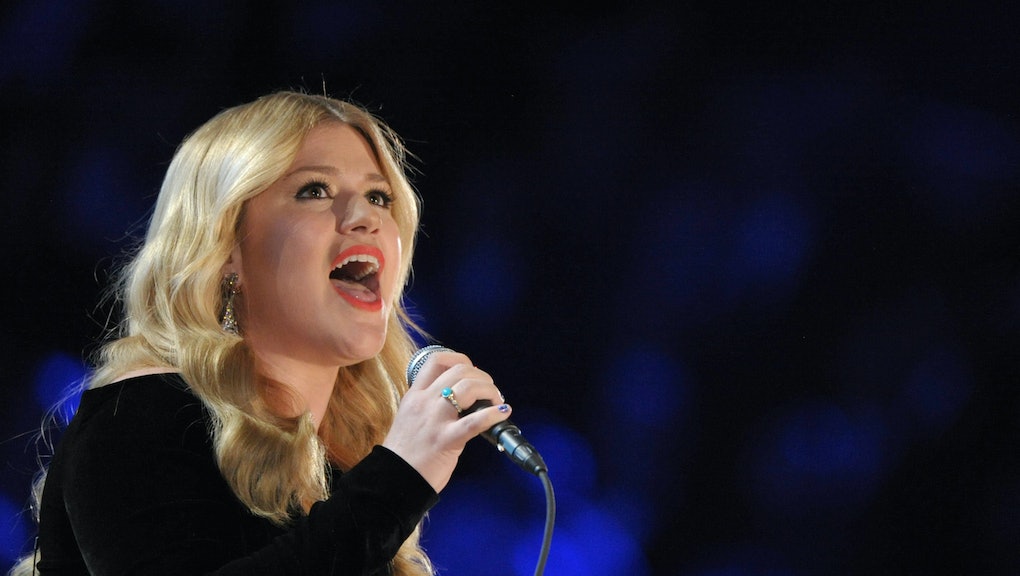 Kelly Clarkson Just Released the Next "Since U Been Gone"

Nearly 11 years ago, Kelly Clarkson scored her first and greatest hit with "Since U Been Gone." After seven weeks as the most popular song in the country, it became a defining song for a generation. Now she's finally back with what just might be her next big statement, "Heartbeat Song." It sounds like Clarkson is ready to reclaim her throne:

This is a welcome return for the pop star. She's been quiet for a long time now — it's been almost three months since Clarkson made a splash with her cover of Sam Smith's "Stay With Me," and more than three years since she released her last (non-holiday) album, Stronger. Since her debut as the first American Idol over a decade ago, Clarkson's third-best-selling hit and most recognizable song is still "Since U Been Gone." With "Heartbeat Song," produced by Greg Kurstin of "What Doesn't Kill You (Stronger)" fame, she might just upend her own record.

"Since U Been Gone" proved Clarkson was more than just a music industry construct. NPR noted that she's ably defied becoming a fleeting pop phenom — she's a remarkable performer capable of merging many different styles in one. The song was also a pivotal moment for modern pop music — it was the first chart-topping collaboration between Dr. Luke and Max Martin, and it launched Luke's career while reinvigorating Martin's. "Heartbeat" has many of the same noteworthy elements as "Since U Been Gone," which makes it an anomaly on the contemporary pop charts. She's recommitting to the guitar-rock and pop crossover sound that made her early songs so compelling. And to top it off, her voice is still in peak powerhouse form.

She's been gone for a while, but with her new single, Clarkson proves yet again that she's not going anywhere. You can expect the same from her new album, Piece by Piece, which will be released the first week of March. "Been so long, I forgot how to turn it up, up all night long," she sings. She didn't forget a thing.