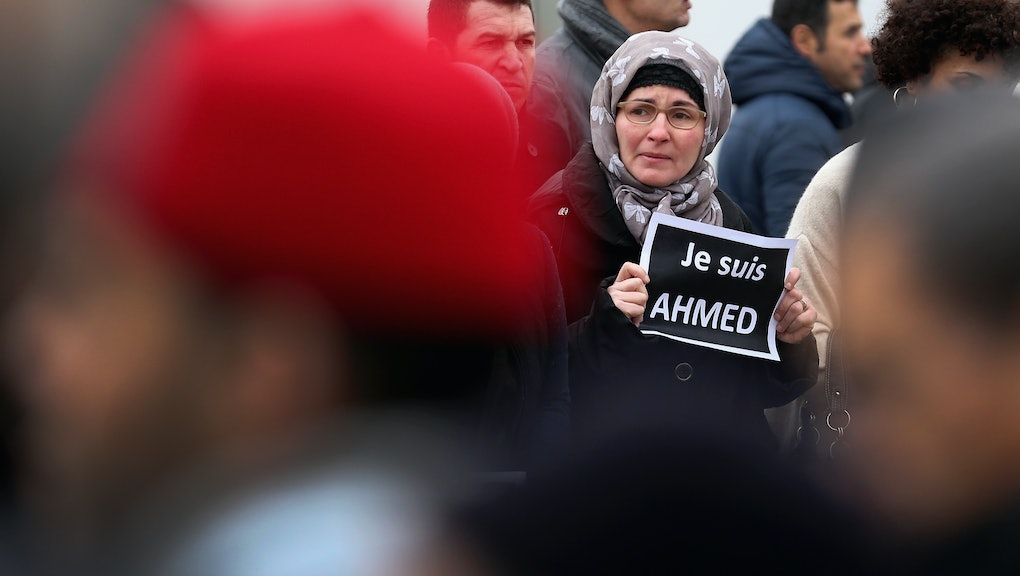 One Surprising Statistic Reveals an Important Truth About Terrorism in Europe

The terrorist attacks in Paris last week that killed 17 people in three days led to an outpouring of international solidarity with the French and a spirited discussion about the nature of free speech in Europe.

The conversation has been valuable, but also a reminder that terrorist strikes in the Western world have a special way of distorting media perception. They cause the press to obsess over optics and ignore other terrorist attacks of far greater scale. And like clockwork, they produce a backlash that suggests that radical Islamism is a uniquely dangerous ideology that has a monopoly on this heinous mode of violence.

In reality, in the last five years, less than 2% of all terrorist attacks in the European Union were "religiously motivated," according to a ThinkProgress analysis.

ThinkProgress'   breakdown of numbers should be sobering for the ranks of conservatives and simplistic thinkers who are certain that the apocalypse is nigh every time they hear of a bombing carried out by a Muslim in a Western country:

So what inspires most terrorist attacks? Separatism , mainly. Terrorist attacks are also consistently carried out by secular radicals on both the left and the right.

The low rate of attacks by the religiously inspired — it is unclear from the report if all of these are even carried out by people who identify as Muslim — doesn't mean that radical militant Islamism in Europe doesn't constitute a real threat. But it is one threat among many, and it's not the existential danger it's made out to be by many easily shaken xenophobes.