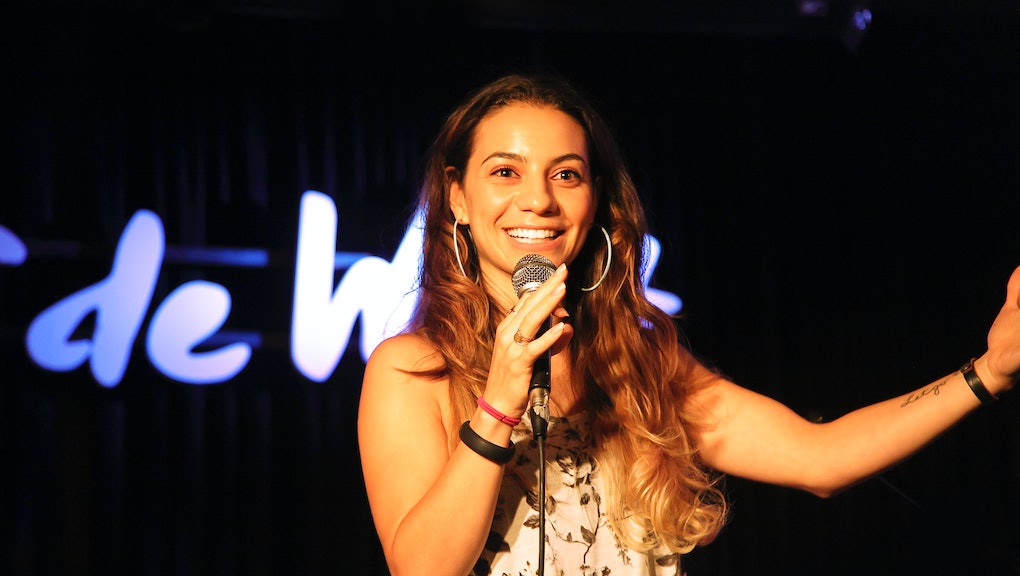 Any comedy fan knows that far too many comedians mistakenly believe that graphic, sexualized, misogynistic comments are passable as humor. One particularly tired genre of such jokes are those that describe denigrating sexual positions like as "the angry pirate," "the Houdini" or "the poltergeist."

When feminist comedian and Comedy Central regular Liz Miele heard her younger brother telling her sister the latter joke, she decided that rather than get mad, she would use her own comedic skills to get even. After all, she told Mic, in order to enact change, "You have to use your skills and humor to prove the community wrong."

Miele counters the proliferation of misogynistic sex jokes in comedy with her own guide to feminist sex positions. Take a look:

Miele, who has been performing stand-up since age 16, is no stranger to the sad community of people who claim, despite overwhelming evidence to the contrary, that women aren't that funny. The intersection of these two pervasive viewpoints in the world of comedy — in which women are not only considered humorless but are further positioned as the targets of misogynistic jokes — produces an environment that is hardly conducive to female comedians.

Especially to female comedians like Miele who identify as feminist.

Miele notes that the problem is not simply the fault of male comedians; she's experienced sexism from audiences and comedy club bookers. "Comedy is hard for everyone, but there is an added barrier for females. Sadly it prevents many very funny woman from ever reaching the masses, which then means there are less famous or well-known funny females, which then continues to feed the stereotype," she told Mic. "You do your best to fight [sexism], but comedians are rarely in a position of power, because it's a very saturated field and there is always a comic who won't complain right behind you."

Ultimately, Miele said, she just wants the equal chance to be funny — period. "I don't come at my jokes from just one angle, and I don't experience life in a bubble as just one thing or label, " she explained. "It's way more complex than that. Comedy is about being uniquely and openly you. And its scary, hard and vulnerable. But it's a way to understand yourself and connect with others and feel less alone. I try to be truthful to who I am, flaws and all."

Misogynistic jokes aren't going to disappear overnight, but now, thanks to Miele, you're a little more prepared. The next time somebody tries to tell you about "the poltergeist," just tell them they should try "the 19th amendment" instead.