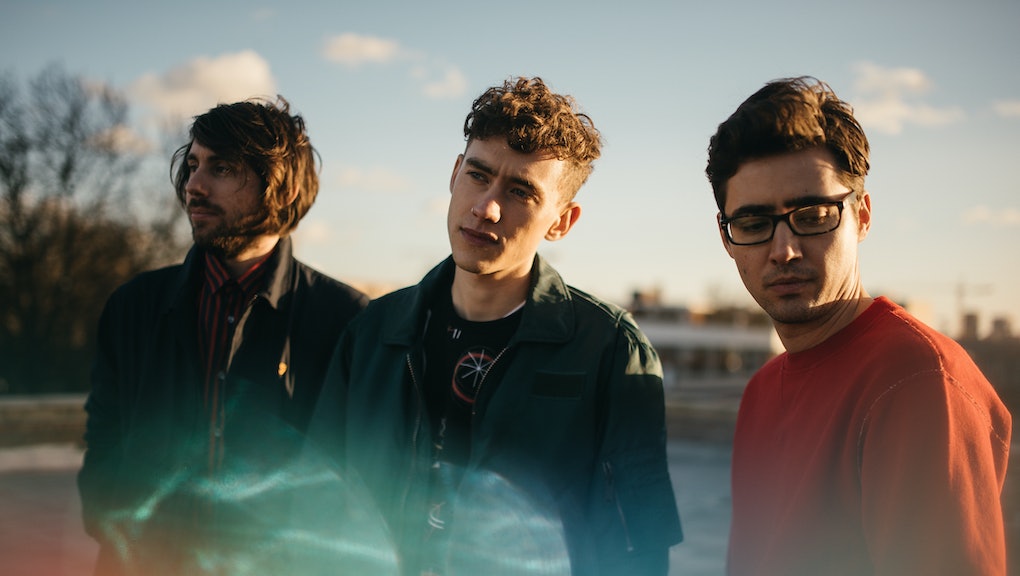 The BBC's Sound of the Year poll is notorious in the industry for predicting the next big thing with eerie precision. You might recognize some previous winners: Sam Smith, Haim, Jessie J, Ellie Goulding and Adele, all of whom claimed the prize before making it huge.

Last week, BBC announced their pick for the Sound of 2015, and they're right on: soulful electro-pop trio Years & Years is the next big act in music.

"We can't really get our heads round it," the band told Mic via email. "Olly [Alexander] nearly passed out when we found out, it was so surreal and emotional. It feels like it means we've got a real shot, which means the world to us. People are going to listen to what we're going to do, and we've just got to not muck it up. We've got to make the most of it and deliver."

Until now, Years & Years has been a relatively unknown band. Their biggest single, "Desire," peaked at No. 22 on the U.K. singles chart in June 2014. But they've been prolific, honing and reshaping their sound. They've released four EPs since 2013, and their first LP, King, is due out March 1. Years & Years recently signed with Polydor Records, a label that houses megastars like Lana Del Rey and Lady Gaga.

But the trio has more going for it than just a high-profile label and one of Britain's most prestigious music awards: They're also great musicians with the sort of story that legends are made of.

In 2010, drummer Mikey Goldsworthy posted an ad online looking for a guitarist. Instead he found synth player Emre Turkmen. They met and immediately bonded over their mutual love of Radiohead. The two, Australian and Turkish respectively, relocated to London, where they overheard Alexander singing "Killing Me Softly" in the shower at a friend's party.

He was the missing piece they needed, the bit that makes their live performances as compelling as their recordings. Alexander used to be a professional actor, most noted for his stint on the TV show Skins and his supporting role in the movie The Riot Club. His performance expertise gives the Years & Years so much of its power and charisma, something that's apparent in its music videos and live shows. It's the element that makes Years & Years especially primed to blow up this year — music videos are one of the quickest avenues to success for young bands.

So Years & Years are likely to be a big hit, just as the BBC has forecasted. The BBC doesn't just hand out its "Sound of" awards, though to be fair, the first award in 2003 was given to 50 Cent, who is now a life coach. But Years & Years are a safe bet. They're charismatic, talented and innovative. And the world is about to figure it out.