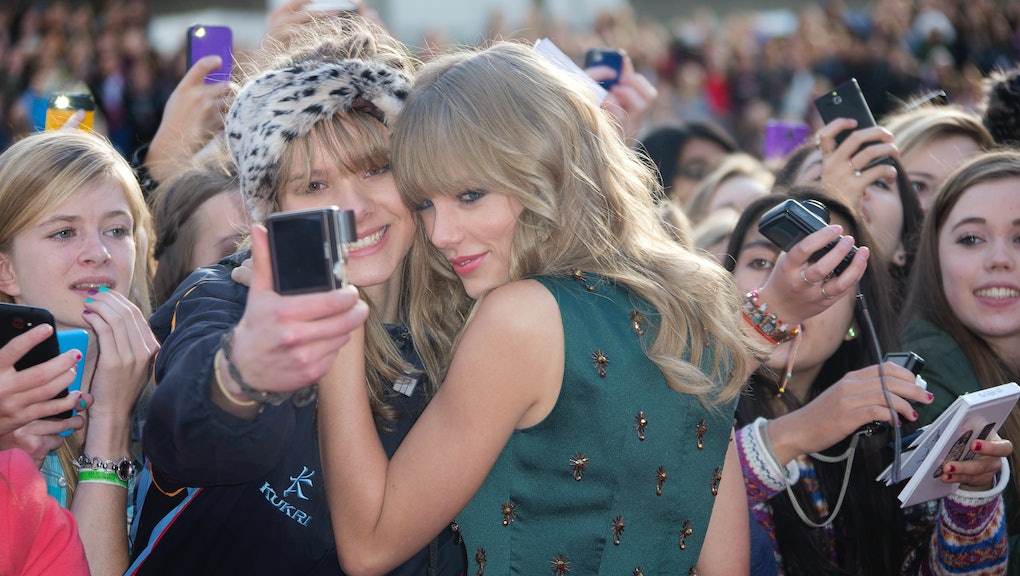 With One Amazing Gift, Taylor Swift Just Proved She Knows Exactly What Her Fans Need

Twenty-five-year-old Taylor Swift superfan Rebekah received a box Monday. On the side, "FedEx" was crossed out and "SwiftEx" was written in its place. It was a gift from Taylor Swift. But the pop star had sent her more than just a present.

Instead, Rebekah got what millions of 20-somethings across America hope for every day: student debt relief. Swift sent Rebekah $1,989.

The cheeky student loan check really hit the mark. Student debt is at an all-time high, and Swift's fans largely fall into the demographic that's most heavily affected. She sent the gift on the heels of Obama's announcement that he'll propose two years of free community college, a plan that could help an estimated 9 million students. Swift's contribution, though, is a public reminder that this issue still weighs daily on graduates across America.

The economy may be recovering, but students are getting deeper into debt. According to leading information services company Experian, student loans have increased 84% since 2008. While debt for home equity and mortgage loans is dropping steadily and significantly, 40 million people across the country have student loans averaging an outstanding debt of $29,000. And not all of them are getting checks from Taylor Swift.

She's well positioned to help, certainly. In 2013, Swift made nearly $40 million; the average debt per student in America is $29,000. If Swifty really wanted to help, she could afford to throw $1,989 to a thousand super-fans — especially given the world-beating success of 1989, the only album released in 2014 to go platinum in America.

But Swift's public service tends to be multifaceted and surprising. Recently, people have been referring to her random acts of kindness as Swiftmas. While Swift takes heat from country-lovers, music-purists and pop-haters alike, she's famously kind to her fans. She threw a pizza party in her New York apartment for 20 of her biggest fans, and she surprised another at a baby shower after the mother-to-be sent Swift an invite. For Rebekah, she hand-painted her some flowers and gave her a necklace.

The Swift loan-forgiveness, though, is more than just a random gift. It's a sensitive reminder that not everyone has the sort of freedom Swift's success affords her. She may not be the most-loved musician around, but she's consistently one of the kindest, and that counts for something. And with the student loan check, she's advancing an important conversation.