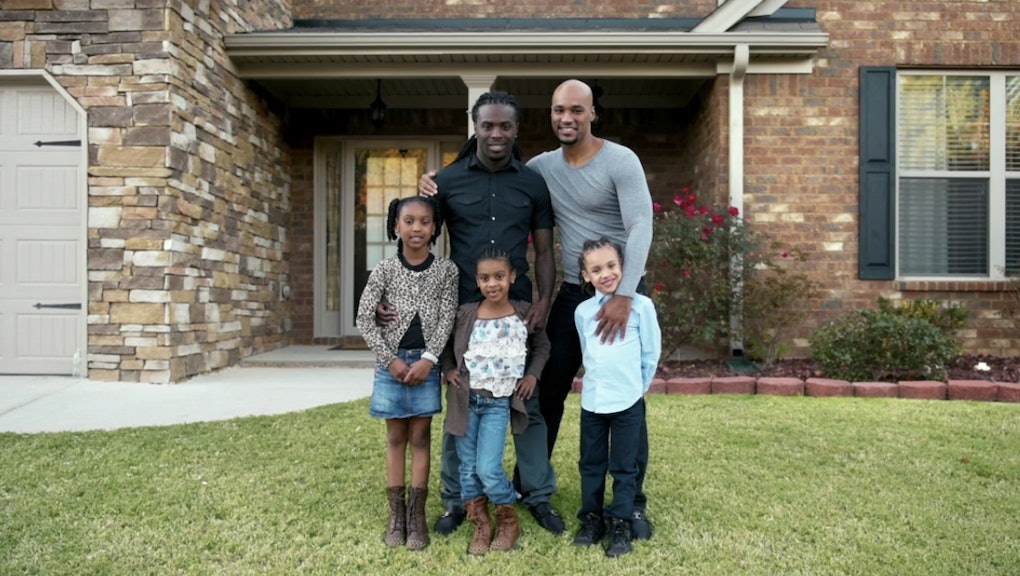 "A picture is so much more than a thousand words."

In the case of Kordale and Kaleb, the gay black couple whose Instagram picture of them doing their daughters' hair went viral last year, pictures say so much more.

The Atlanta, Georgia, couple, along with their three kids, is back in the headlines after being featured in a touching new video as part of Nikon's I Am Generation Image campaign. The sweet video is only two minutes long but continues the family's tradition of challenging ideas about both gay men and black families.

The All-American Family: The video introduces us to Kordale and Kaleb's children, Desmiray, Malia and Kordale Jr., and their dog, Pebbles. From getting ready for school to playing at the park, this modern collection of Kodak moments proves the image of the American family has changed a lot since the 1950s. What remains the same, however, is the emphasis on what makes a family: love, respect and care. As Kordale puts it, "Parents that can get up at 5:30 a.m. and do their daughters' hair, no matter who they are — That is a family."

The new "normal": Kordale and Kaleb challenge what it means to be "normal" by living outside the boxes people try to push them into. Kordale says it best: "We just want people to know that we're normal, and you can't judge people on their 'normal.'"