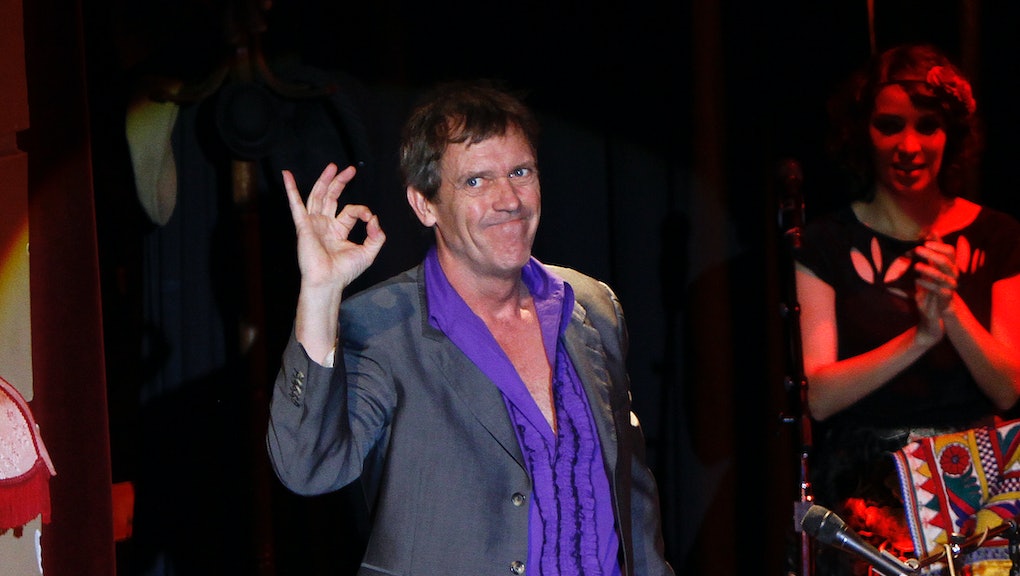 Why You Shouldn't Binge Watch 'House M.D.' with Your Med School Friends

Watching an episode of House M.D. with friends in medical school can be a test in patience. That's because in our eyes, shock value is an easy trade for medical accuracy. And, let's face it, when it comes to medical dramas, that's the way uh-huh, uh-huh, we like it, uh-huh, uh-uh.

During the show's eight season run, from 2004 to 2012, Scott Morrison, a real-life physician in Illinois, took the time to review every single episode. He doled out letter grades and pointed out medical flaws. Morrison published his reviews in the popular blog Polite Dissent. Morrison's review can also help you anticipate a few points your friend might raise during your attempt to shamelessly binge watch the show, eating up those medical inaccuracies like candy.

First of all, watching House leads to questions like this:

Nobody runs that test first. Using the limitless budget of creativity, the show's writers let House order up expensive tests that routine, preliminary tests might have made unnecessary. In the United States, spending on excessive testing is a real issue — up to $750 billion was spent in 2012. The American Board of Internal Medicine launched Choosing Wisely, a campaign geared toward eliminating more than 130 tests that doctors from more than 25 specialized fields labeled as unnecessary.

Not all diseases are learned in med school, but that rare one that House just diagnosed surely is. Wilson's disease, an inherited condition that causes a build-up of copper in the liver, is just one of the rare medical conditions that pop up as the solution to a House-driven mystery. Even though Wilson's disease, among other little-known disorders, affect only a few Americans every year, they are what Morrison calls "medical school diseases," which means that students learn about them ad nauseam so they become attuned to the symptoms (to help them diagnose other, more common diseases).

There is no "Diagnostics Department" for do-it-all doctors and that's why people become specialists. Sorry, House. The doctors on House's team are unrealistically versatile in their ability to run and read all those screening tests. This may be the reason that in the episode "Skin Deep," as Morrison points out, House's team failed to realize their patient was a hermaphrodite, even after performing a pelvic ultrasound.

Can we watch Scrubs instead? This is the show that might keep your med school pal from hitting the pause button to point out a mistake. It's considered to be one of the most medically accurate shows. That might have to do with the three medical advisers, Jonathon Doris, Chris Turk and Molly Clock that worked with the writers to keep things in check. Save House  for yourself,  but choose Scrubs for the medically trained mistake-spotter in your life.