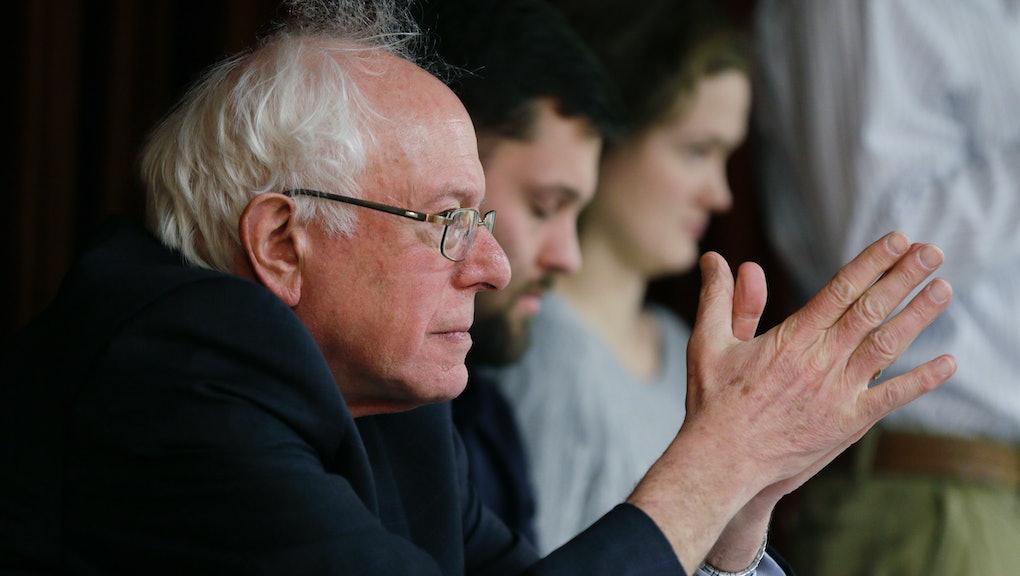 Back in control of the Senate for the first time since 2006, Republicans are getting right to work drawing up a bill to authorize construction on the long-delayed Keystone XL pipeline. But before they proceed, Sen. Bernie Sanders (I-Vt.), a vocal opponent of the project, has revealed plans to introduce an amendment aimed at outing climate change deniers in the GOP caucus.

The push to build the 1,179-mile long crude oil pipeline, which would help deliver saucy tar sands from Western Canada across the continent to the oil refineries on the Gulf of Mexico, has been held up for years by some combination of environmental activists, congressional Democrats and the White House.

President Barack Obama has promised to veto any plans to start building, should they arrive on his desk, but the GOP is proceeding anyway, a wise political gesture meant more than anything to show the world they can pass bills in addition to blocking them.

Enter Sanders, the senate's favorite Brooklyn-born socialist. His Democratic allies were defenestrated in the midterm elections, so while he lacks any kind of meaningful legislative recourse, Sanders has decided to force individual GOP senators into voting on whether or not they believe climate change is "real" and "caused by human activity."

His climate amendment, which Democrats will attempt to tack on to the Republicans' Keystone bill, would force senators to formally state their positions on basic climate science.

Here's how it begins:

Naturally, Republicans want no part in Sanders' charade. But Senate Majority Leader Mitch McConnell (R-Ky.) has promised to "conduct a fair and open amendment process," which means any number of potential presidential candidates in his ranks — Sen. Ted Cruz (R-Texas), Sen. Marco Rubio (R-Fla.) and Sen. Rand Paul (R.-Ky.) — could be faced with a choice between swallowing Sanders' poison pill or going on the record as climate change deniers. (This supposes that McConnell won't tweak his definition of "open process" and bury the Sanders amendment, which he probably will.)

In the end, it's an expert bit of trolling from Sanders, a progressive icon who is expected to make a decision on running for president himself sometime in the next eight to 10 weeks. Judging from this latest episode, it's easy to understand why he has attracted such rapturous support from a small but vocal group of liberals looking for one of their own to emerge on the national stage.