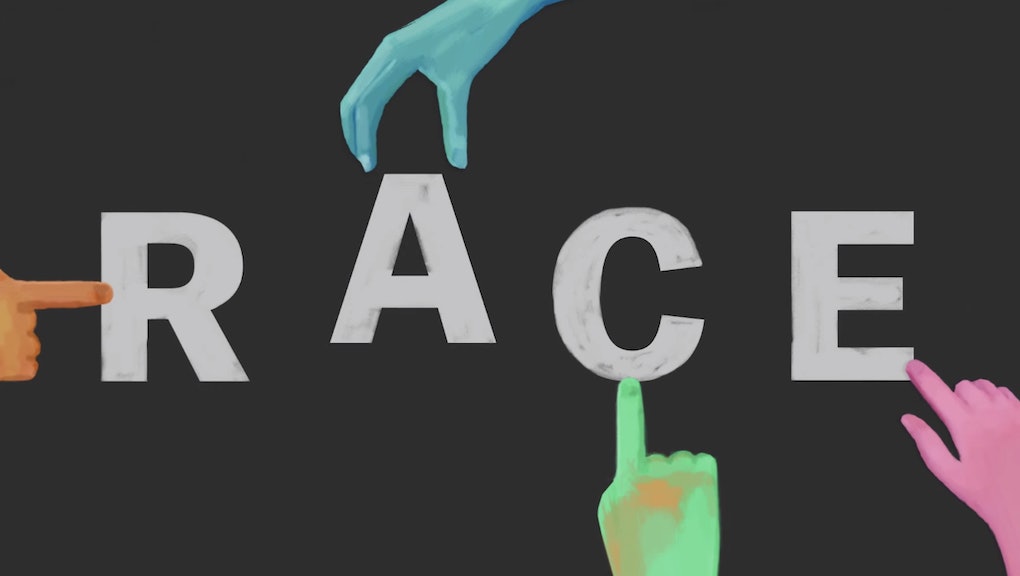 In 3 Minutes, This Video Will Completely Change the Way You Think About Race

Is "race" just another label?

From Raven-Symoné to Toni Morrison, a growing number of people are now claiming that race is a social construct. As Morrison told Stephen Colbert last year, "There's no such thing as race. None. There's just the human race, scientifically, anthropologically. Racism [too] is a construct." Not that race isn't without benefits, she explained: "Money can be made off of it. People who don't like themselves can feel better because of it. ... It has a social function."

But what does that actually mean? Jenée Desmond Harris, in a new video for Vox, has created an excellent primer for anyone confused about the concept. Whether you agree with her or not, this three-minute video will almost certainly get you thinking differently about race.

"Race isn't real," Harris says, "even though [it] drives a lot of social and political outcomes."

Traversing through the roughly 300 years of American history since the invention of racial categories in Europe, Harris demonstrates how politics has played a huge part in making race.

Racial categories were scientists' way of studying humans, by dividing them into groups by "physical appearance and geographic origin of their ancestors," she says. They were then incorporated into political doctrine throughout Europe in the late 18th century, eventually coming to America in order to "justify slavery."

Racial categories are political creations: "As political priorities changed," Harris says, "definitions of race in America adjusted right along with them." In just the last 100 years, racial categories have been created and erased at a whim. In the early 20th century, when each state had its own "one-drop" rule, "people could actually change races by crossing state lines."

Take the example of Mexican-Americans: In 1929, they were labelled white; just one year later, in 1930, the Census changed that designation to "non-white." That move, Harris explains, was designed to limit immigration. A decade later, Mexican-Americans were again called as "white" because America needed more workers to aid the war effort.

Fast-forward to 2000, when the American government updated its census to enable respondents to identify as more than one race: Now, 6.2% ended up checking the "some other race" box.

Harris is not alone in this theory, of course. Besides the increasing number of celebrities and intellectuals espousing similar sentiments, researchers like Alan R. Templeton, a professor of biology in arts and sciences at Washington University in St. Louis, believes there is no chromosomal basis for racial categories. "Race is a real cultural, political and economic concept in society, but it is not a biological concept," Templeton said in 1998. "Evolutionary history is the key to understanding race, and new molecular biology techniques offer so much on recent evolutionary history. I wanted to bring some objectivity to the topic. This very objective analysis shows the outcome is not even a close call: There's nothing even like a really distinct subdivision of humanity."

While race may not have a biological basis, it does have a huge impact on everyday life in terms of societal acceptance and political rights and power. The value in this kind of progressive thinking is its potential to break down boundaries, constructed or otherwise. As Harris states, "Understanding that racial categories are made up can give us an important perspective on where racism came from in the first place."