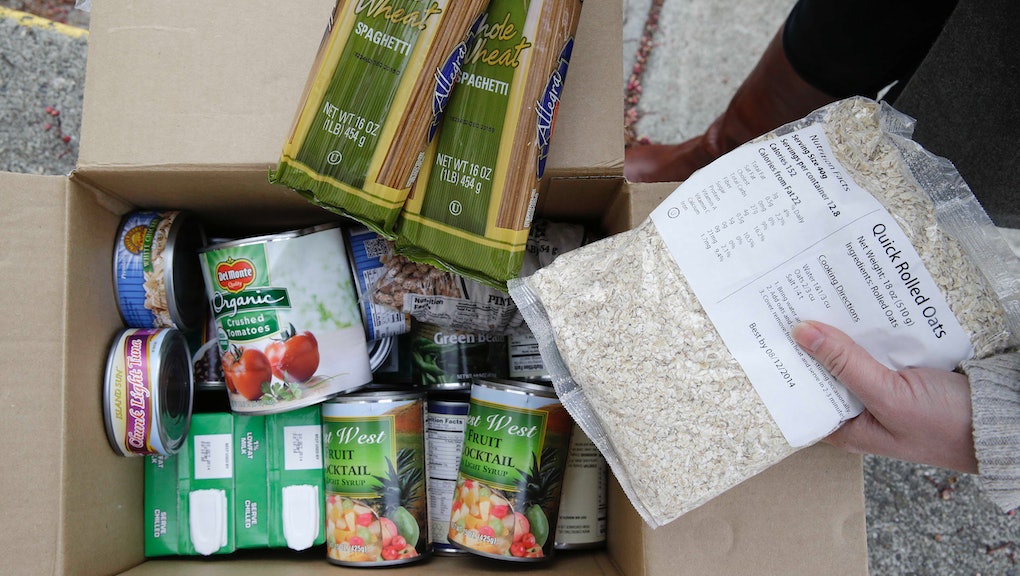 The number of Americans receiving SNAP benefits soared in the wake of the economic crisis — one in five Americans made use of them in 2012 — but has fallen as unemployment has decreased. There will be a big drop-off in recipients in 2016, but it won't be because they've entered greener pastures: It will be the result of federal government policy with little patience for the nation's neediest citizens.

SNAP benefits will be severed for about a million people over the course of 2016, according to an analysis by the Center on Budget and Policy Priorities. Regulations that impose three-month time limits on SNAP will take effect at much higher levels next year as the economy improves and unemployment stays below crisis levels. States that were able to waive these limits during the harsh economic climate of the past few years will no longer be able to do so, and many people will be cut off from a critical source of aid.

What do people at risk for being cut off look like? According to CBPP, they're mainly young, and closely split gender-wise:

They are also even more destitute than you might imagine:

Why is this happening? The limits on SNAP can be traced back to the gutting of welfare policy in 1996 under the Clinton administration. At first blush, the federal policy doesn't sound inhumane: Technically, the three-month limit doesn't apply if an individual can find halftime work or participate in a job training program for at least 20 hours a week.

But even as the economy improves, millions of Americans are still caught in the unforgiving quicksand of long-term unemployment, a documented phenomenon in which people are discriminated against by employers the longer they remain unable to find work. As far as job training is concerned, cities, counties and states are not required to have job training programs; many don't have 20 hours' worth of weekly programs that will allow one to qualify for SNAP benefits. None of this includes other obstacles, like health issues, problems of transportation or other logistical obstacles. And none of it acknowledges that somebody could be spending 40 or more hours a week looking for a job or training and yet be assumed by crude statistical measures to be indolent.

Placing unrealistic limitations on SNAP is a way of sweeping the puzzle of managing extreme poverty under the rug. Ed Bolen, the author of CBPP's report, suggests that Congress could require states to offer the training programs that allow workers to remain on SNAP, or loosen the criteria for eligibility by taking into account proof of a job search.

Better yet, why not eliminate the time limit altogether? Most Americans are naturally industrious and don't like relying on aid unless they must, and the cost of SNAP — a drop in the federal spending bucket — is simply transferred to society in other ways once the program is withdrawn, whether through food banks or in the form of higher numbers of medical emergencies.