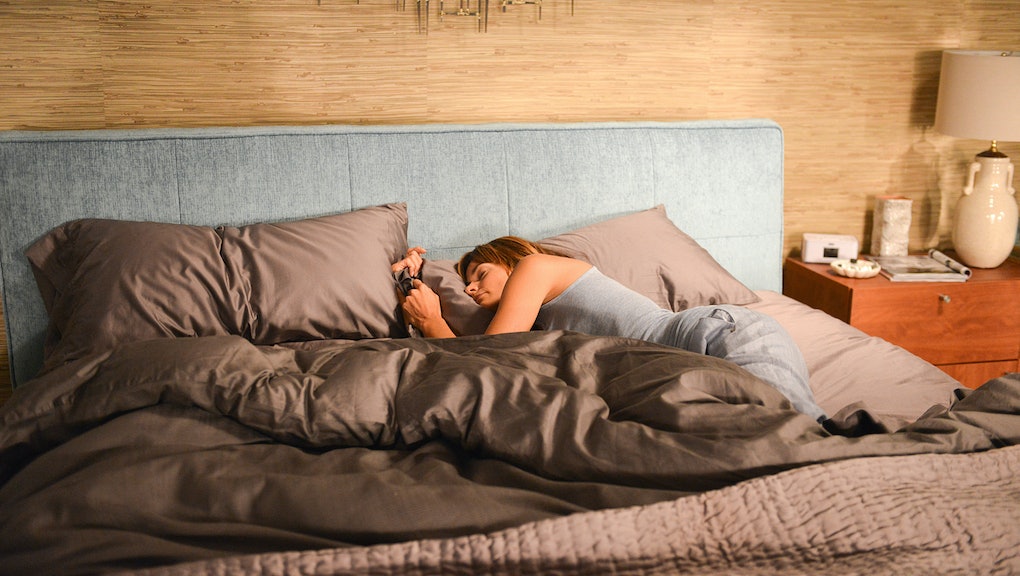 Science Has Good News for People Who Go to Bed Early

Squeezing a few more hours out of the day by staying up late doesn't come without a cost. According to a recent study, there's an association between staying up later and worrying more the next day.

The study, which was published in the journal Cognitive Therapy and Research in December, found that night owls tend to be plagued by "persistent, negative thoughts" more than those who hit the sack early.

Binghamton University psychologist Jacob A. Nota had 100 undergraduate students complete surveys about their sleep habits and their worrying habits — e.g., how often they worried and what they most often worried about. After he collected their responses, Nota analyzed the results and found that the students with later bedtimes also tended to be the biggest worriers.

What's behind this connection? Scientists surmise it might have to do with the fact that the brain's prefrontal cortex — the area associated with attention — is particularly susceptible to a lack of sleep. Alternatively, it's possible that those who are already worriers tend to stay up later because they have a harder time falling asleep.

But whatever the cause for the connection, there are some tips for how to deal with that sleep-deprived, worry-filled state the next day. Basically, you should time your daily schedule to maximize your energy levels throughout the day.

For example, don't drink coffee when you first wake up — save it for the middle of the day. After we get over our initial morning grogginess, we get a "rebound period of alertness," which effectively replaces any boost or jump you'd get from coffee.

And the rest of the day? Your work should be scheduled as carefully as your coffee breaks. According to Orfeu Buxton, a professor in the division of sleep medicine at Harvard Medical School, it's crucial to get your toughest tasks out of the way first when you're feeling sleep-deprived. As tempting as it may be to procrastinate, earlier in the day is when you'll feel most energetic and alert. Save the busy work for the end of the day.

But if you don't want to add scheduling worries on top of your already-worrisome state, the easiest tip is just to try to go to bed earlier. Staying up late might gain you some time that day, but it will cost you even more the next — and you'll pick up some worries too.