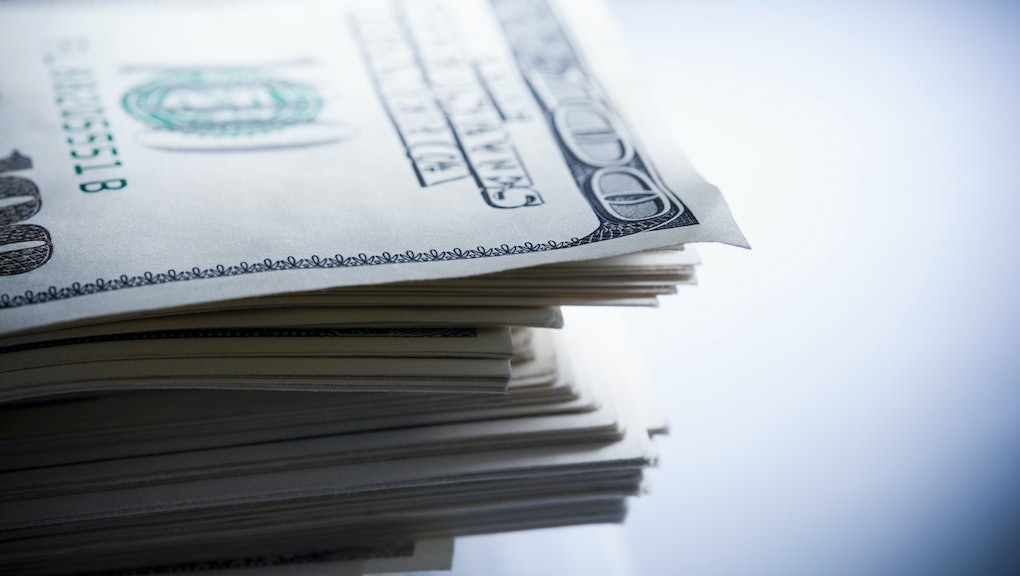 In February, President Barack Obama could with the stroke of a pen make major progress toward reviving stagnant wages.

Under his direction, the Department of Labor is expected to update and expand regulations that require employers to provide their salaried employees with overtime pay, and it will have consequences for millions.

As it stands now, if you're a salaried employee making more than $23,660 per year, your employer isn't required to pay overtime — 1.5 times your regular rate — when you work more than 40 hours per week. The Huffington Post reports the White House currently aims to increase the income threshold to about $42,000 a year, which would triple the number of salaried workers entitled to overtime.

An exciting prospect, no doubt. The update to the overtime threshold would help make up for decades of negligence of the policy, during which inflation has drastically decreased the share of the workforce that can claim overtime.

But progressive policy analysts consider this a critical juncture for boosting working-class and lower-middle-class workers, and if the numbers are viewed in historical context, it's evident that the White House is playing it safe and bowing to business interests yet again.

The background: In the depths of the Great Depression, the 1938 passage of Fair Labor Standards Act ensured that workers who labored more than 40 hours a week were given extra pay. This gave employers a choice: Either pay current employees more for working longer hours, or hire more employees to relieve the workload of existing workers.

Overtime pay was never meant to be required for high-level professionals and executives, so only salaried employees below a certain pay level and most hourly workers are eligible for overtime pay.

That salary threshold has a spotty history. It has been updated only eight times since the FLSA was enacted, and only once since 1975. It isn't indexed for inflation.

This irregularity has had consequences: In 1975, 65% of salaried workers fell under the threshold for overtime pay, but today only 11% do. According to an Economic Policy Institute report, the limit for how much a salaried worker can currently earn while remaining eligible for overtime — $455 per week, or $23,660 per year — is less than the poverty threshold for a family for four.

Liberals want more: As mentioned earlier, most reports suggest that the Department of Labor is leaning toward increasing the threshold to $42,000 year. The Huffington Post reports that would cover about 35% of salaried workers, which is more than three times the percentage that are covered under the current threshold. But this is in fact only half of the share of the workforce covered in 1975.

Jared Bernstein, former chief economist to Vice President Joe Biden, and Ross Eisenbrey, vice president of the Economic Policy Institute, have said that the threshold should be set higher, at around $50,000 a year, which is the equivalent of the 1975 threshold adjusted for inflation. Heidi Shierholz, the chief economist of the Department of Labor, proposed an increase to about $58,000 a year in the EPI report she penned last year before joining the government — a figure that seeks to match the share of workers covered by overtime regulations in 1975 by adjusting for educational categories (the same percentage of college-educated workers are covered by overtime in her model).

Nick Hanauer, a progressive billionaire venture capitalist, took to Politico to float an even higher number — about $69,000 a year, which represents the 1975 share of workers who receive overtime but without taking into account demographic changes.

As you can see in EPI's chart below, higher thresholds steadily increase the number of people who are eligible to receive overtime:

Why is the Obama administration lowballing? The White House is demonstrating its signature modesty when it comes to economic policy changes. The popular arguments raised against a higher threshold are similar to the ones evoked by debates over the minimum wage — higher pay for workers is considered a burden to business — and Obama isn't inclined to rock the boat too much here.

But historical context should remedy any trepidation in this sphere. Despite a steady increase in productivity, wages have been stagnating for everybody in America except the highest earner for decades on end. Corporate profits are a bigger share of the economy than in the 1970s. Yet people are working longer hours than before, and a booming knowledge economy, in which people work increasingly from their phones and their beds, portends even longer hours for an increasing share of the workforce. As Hanauer says, businesses uninterested in paying the overtime premium would have to hire extra workers, which would in turn drive down unemployment drive wages up.

The economy can afford to pay more of its workers overtime; it's just a matter of the government choosing to prioritize the welfare of workers above the thirst for profit.