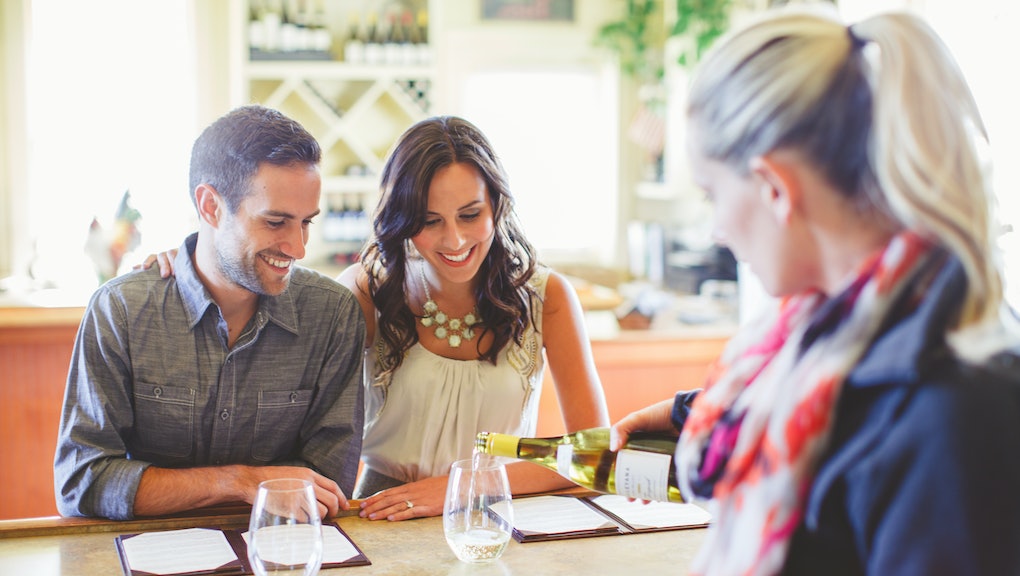 The Person You Should Be Paying the Most Attention To On a Date: Your Waiter

Being rude to the waiter.

In fact, being impolite to your waiter (or bartender or host) is arguably the most timeless, widely accepted deal breaker in modern dating — and in an era in which dating norms change faster than we can swipe right, that matters now more than ever.

Almost no one gives rudeness a pass — even today. The "waiter rule" is older than the Dave Barry quote, "A person who is nice to you, but rude to the waiter, is not a nice person." But it turns out the sentiment hasn't faded with time: In Match.com's annual survey of more than 5,000 singles, released around Valentine's Day last year, rudeness to wait staff was the most widely cited dating turnoff, with 97% of singles saying it bothered them.

Even in an era of texting at the table, Tindering while on a Tinder date and other utterly bizarre dating behaviors, sassing the waiter or bartender is still seen as basically the worst thing you can do.

Ironically, it might be because other manners have gone so downhill that people are sensitive to wait staff rudeness. As a 60 Minutes/Vanity Fair poll on etiquette lamented, "the more advanced our society has become technologically, the less evolved it is becoming with respect to social courtesies, politeness and social norms." (This is clearly a topic close to Vanity Fair's heart.)

While technology has made certain niceties fall by the wayside, such as calling up a date up on the phone or breaking up in person, being polite to a waiter is unaffected by such digital changes, meaning even young people addicted to their phones can find no excuse for it.

Now more than ever, we rely on cues to judge our dates. Dating in the era of apps and social media (yes, people get asked out over Facebook) means that there are more people accessible to you than ever — and less likelihood you'll know much about your date beforehand.

Without much information to go on, you're just starting to understand who that person is and how they act on a date. When you know so little about your potential partners, all the red flags stand out, and rudeness is a big red flag used to weed people out.

That is, if you haven't ruled out the person already online. One of OkCupid's thousands of questions, used to determine compatibility, asks, "Agree or disagree with the following statement: 'A person who's nice to you but rude to the waiter is NOT a nice person.'"

"It's super revealing about their personality, especially if it's someone I'm just getting to know," said Ali Ives, a 20-something dating in New York City.

"I don't see the purpose of being rude to anyone anywhere," added Lelia Hoover, a young professional in Washington, D.C. "Someone who doesn't share that thought isn't someone that I would spend too much time with."

And when it comes to being rude, columnist Rachel Cooke noted in the Guardian, "Just as bad... are people who treat waiters as though they're invisible."

There aren't many universal "deal breakers," plus humans have a weird way of ignoring deal breakers even after they set them. But rudeness comes very, very close. Among the many #FiveWordsToRuinADate, the five that matter most might be the ones you utter at the bartender or waiter.

Especially if your date is wait staff, too.