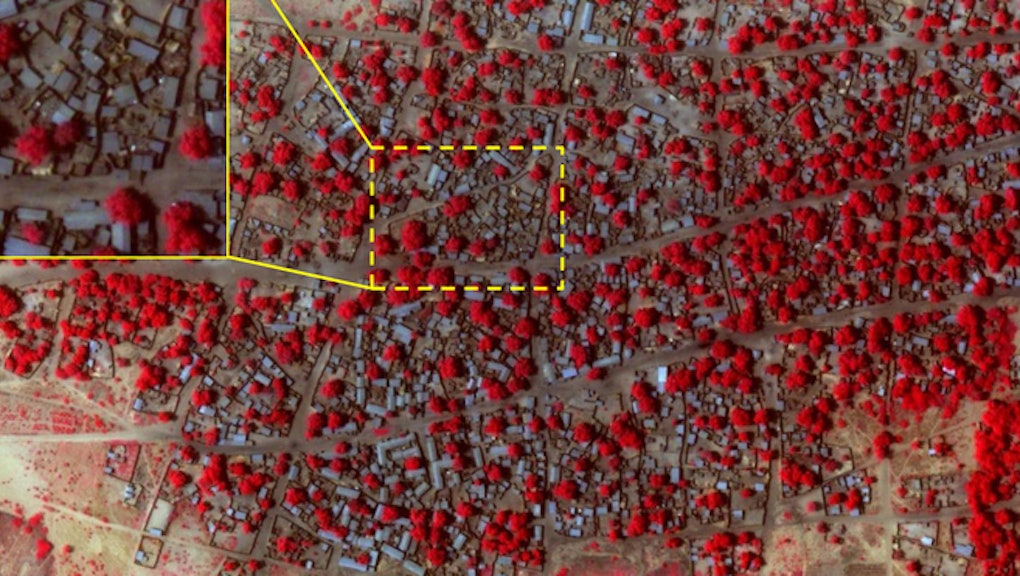 The utter destruction of Boko Haram's latest attack, which left an estimated 2,000 people dead, is now visible from space.

New satellite images provided by Amnesty International reveal the horrifying extent of last week's assault on villages in the West African nation by the militant Islamist group. The attack targeted the Nigerian towns of Baga and Doron Baga and is said to be one of the bloodiest in the group's history.

The images, which were taken on Jan. 2 and Jan. 7, illustrate the stark desolation of the towns in Boko Haram's wake. "These detailed images show devastation of catastrophic proportions in two towns, one of which was almost wiped off the map in the space of four days," said Daniel Eyre, who researches Nigeria for Amnesty International.

They also provide unquestionable evidence of the scale of the slaughter. The Nigerian government had previously asserted that only 150 people were killed in the raid — a number that was disputed by a civilian defense group fighting Boko Haram.

"The human carnage perpetrated by Boko Haram terrorists in Baga was enormous," Muhammad Abba Gava, a spokesman for the opposition, told the Associated Press.

Amnesty International noted that about 620 structures were damaged or completely destroyed by fire in Baga, a densely populated town less than a square mile in size. In Doron Baga, the destruction was even worse: More than 3,100 structures were damaged or destroyed, and many fishing boats along the shoreline disappeared in the aftermath of the attack, confirming eyewitness reports that survivors fled across Lake Chad.

"They killed so many people," one man told Amnesty International. "I saw maybe around 100 killed at that time in Baga. I ran to the bush. As we were running, they were shooting and killing."

Despite the tragedy, little attention has been paid to the crisis unfolding in Nigeria. As these images show, however, the region — and those living there — are in dire need of support.

"Of all Boko Haram assaults analyzed by Amnesty International, this is the largest and most destructive yet," said Eyre. "It represents a deliberate attack on civilians whose homes, clinics and schools are now burnt-out ruins."