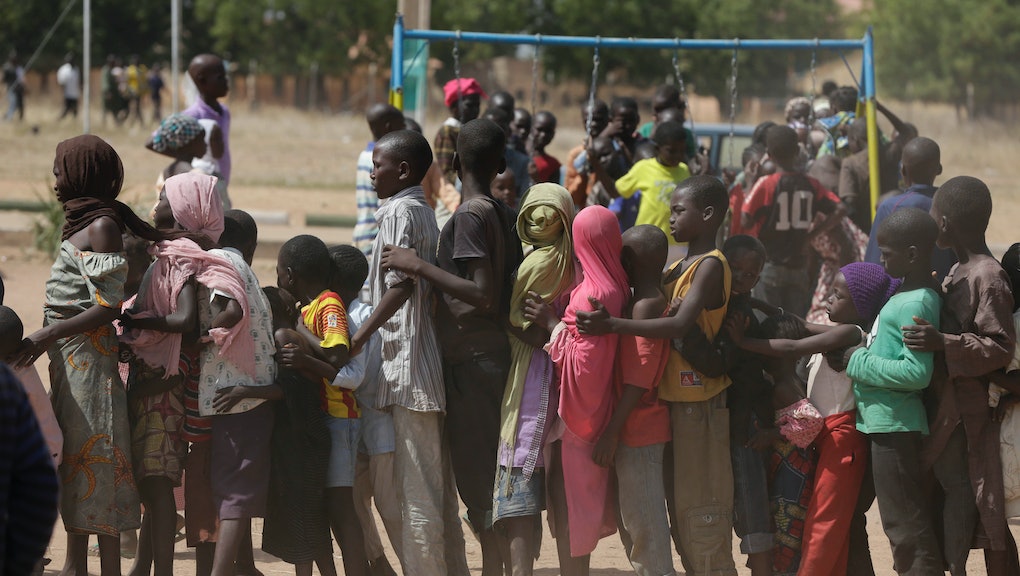 The world was rightly embarrassed this week after ignoring last week's massacre in Borno State, Nigeria, where members of the terrorist group Boko Haram murdered over 2,000 people in a three-day killing spree.

This ignorance was in stark contrast to the response to a massacre that same week a few miles north, where the tragic deaths of 17 French men and women at the hands of extremists spawned an outpouring of social media support, plus a solidarity march through Paris that drew 3.7 million people.

This double standard is telling. Many have argued that the victims' ethnicity and location — black African Muslims versus mainly white French magazine writers — are behind the disparity in media coverage and discussion:

"Terrorist attacks on the West ... are sensationalized in the media while those afflicting non-Westerners and Muslims are normalized and treated as business as usual," writes Mic's Mikael Owunna.

This argument certainly has merit. Case in point: Between Jan. 7 and Jan. 11, the murders in France generated over 50 times more news stories worldwide than those in Nigeria.

But that's not the only issue at play here. Another part of the problem is lack of education. Mark Hay at GOOD suggests the media covered Paris more because "we think we understand Paris" — whereas our "systemic disengagement" from Nigeria, and Africa in general, frames it as "distant, chaotic, and devoid of familiar faces." Indeed, ignorance about a people, a country or an entire continent is a logical indicator that it won't be prioritized when more familiar options are on the table.

To illustrate this lack of understanding, and the disengagement that comes with it, we conducted a geography experiment. We asked Mic staff to label a blank map of Africa, and the results speak volumes.

Here's how they did:

Sad. Of course, there is no direct link between geographical ignorance and the our relative disinterest in 2,000 people dying. But if Americans knew more about Africa, and Nigeria specifically — its location, its politics and its people — we'd be better equipped to engage with it intelligently and empathetically.

It's also worth pointing out that news is about stories, and ignorance of a topic makes it harder to form or digest coherent narratives around it. This isn't the only problem, of course: Racism, media bias, lack of newsroom diversity and the acceptance of stereotypical narratives about Africa play a role as well.

But education is key, and we need to strengthen our own. Because 2,000 people dying and receiving far less global consideration than 17 dying elsewhere, just because of the race, location and unfamiliarity of the victims, is completely indefensible.