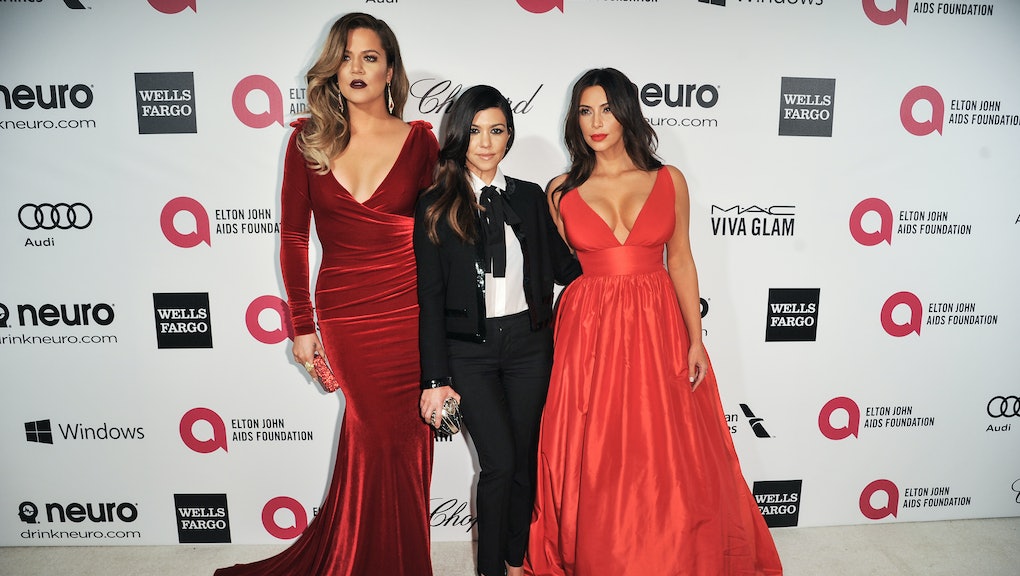 8 Surprising Images That Will Make You Actually Like the Kardashians

If you follow the Kardashian sisters on social media, you're mostly in it for the personal updates, personal #branding and personal product placement:

But every once in a while, the trio of women "famous for being famous" shine their spotlight on worthy causes, neglected global crises and other important issues that the 24-hour news cycle has ignored. Case in point: Khloé Kardashian's Instagram post about Boko Haram, the Islamist terrorist organization in Nigeria responsible for the deaths of up to 2,000 people in a massacre this weekend, and the kidnapping of hundreds of women.

While the shocking reports of Boko Haram's reign of terror in West Africa may look odd when juxtaposed with photos of beauty supplies and gym selfies, the truth of the matter is that more people will likely be made aware of the group's actions in Nigeria from Khloé Kardashian's Instagram shot than by watching an entire day's worth of CNN.

Khloé isn't the only Kardashian using her fame for the occasional good deed — all three sisters have spent some of their social media capital keeping underreported stories alive.

Kim joined Miley Cyrus in speaking out about youth homelessness.

Kourtney used the hashtag #BringBackOurGirls to raise awareness of the hundreds of women and girls kidnapped by Boko Haram.

Of the three sisters, Kim is the most famous — and the most likely to boost public awareness of major issues ranging from servicemen and women overseas to children being treated for neuroblastoma.

Okay, so they're not Warren Buffett. But if American consumers are going to fork over hundreds of millions of dollars to the Kardashian family in exchange for their fabulousness, the least they can do is lend important causes some of that reflected attention. So if you're one of the 43,455,131 people who follow the sisters on Twitter (or the 54,546,239 who follow them on Instagram), consider letting them know the next time an important cause comes across your feed — preferably in the form of a #hashtag.