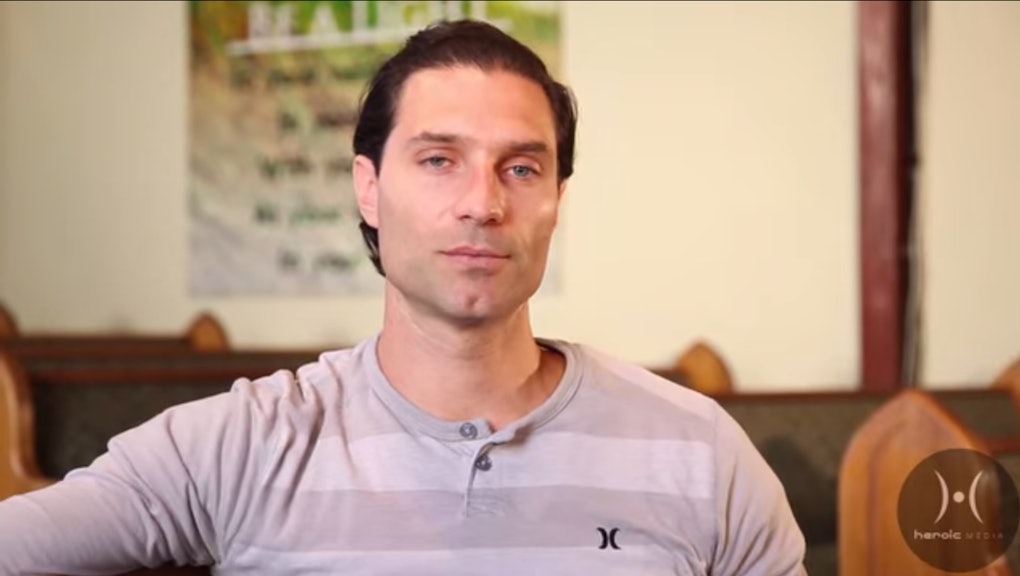 "I'm sorry that women were subjected to such a terrible thing, and no one tried to rescue you."

That's the message one group of men have for women who've had abortions. In "The Apology," a video recently released by faith-based organization Heroic Media, three professed Christian men confess to situations where women they had sex with had abortions. In an interesting twist, the guys take full responsibility for not "saving" them, both the women and the fetuses, from the process.

While the video is couched in the guise of sympathy, it ultimately is designed to send the broader message that women aren't able to make informed choices about their bodies without a man's superior judgment and guidance.

"I should've manned up and I should've fought for you — and I didn't," one participant says, apparently addressing his unborn child. "I'm so grateful that you are in heaven ... and you got to see him before I did. And I know you're going to extend me grace. But it would've been so cool to hang out with you here on Earth."

The group eventually offers up a litany of admissions of guilt but is really about placing the blame on women. Beyond expressing regret that abortions are even available in the first place, one of them says he's "sorry for men not taking a greater stand in this area."

While the arrogance displayed by the men in the video is blatant, the attitude is mimicked in society, where male, and some female, political leaders and judges continue to take steps to limit access to abortion in states across the country. In doing so, these reveal a painfully limited understanding about reproductive health care access.

Last summer, the U.S. Supreme Court handed down a 5-4 ruling protecting Hobby Lobby and family-owned organizations like it from being required to pay for employees' contraception. All three female justices dissented, along with Stephen Breyer. As Mic's Julianne Ross wrote, "Not a single justice who voted in favor of Hobby Lobby can actually get pregnant."

And who can forget the clueless comments of former Rep. Todd Akin (R-Mo.), Indiana Senate hopeful Richard Mourdock. This is what happens when men who can't get pregnant place themselves at the forefront of a conversation about abortion. As Mic's Elizabeth Plank noted while asking a group of men to draw vaginas, "The average male doesn't know the first thing about a woman's body, and some are suffering the very real negative consequences of this ignorance. In 2014 alone, approximately 75% of anti-choice bills ... were sponsored by men."

Ultimately, there's something troubling about men feeling compelled to "apologize" to women who got abortions. The decision to get an abortion is a difficult one, both for the potential father and for the mother. But men proclaiming they have the ability to "save" women from abortions isn't an expression of this experience so much as it is a particularly saccharine form of benevolent sexism. These men's so-called apologies undermines the agency that women rightfully have over their bodies — because ultimately it is their choice, and that's a decision no one should ever feel sorry about.