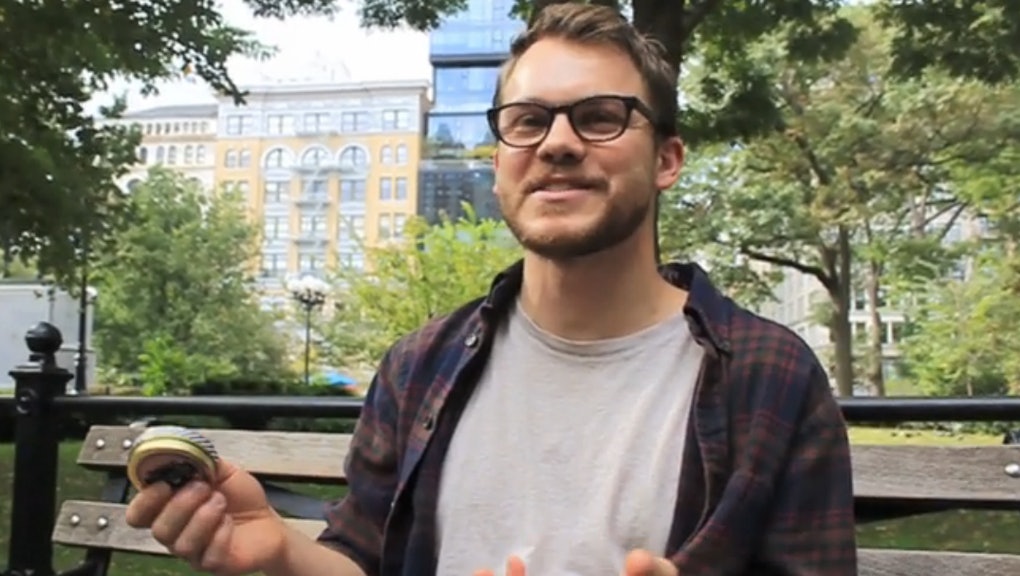 Here's What Men Really Think About Women Who Carry Condoms

Buying condoms can be seen as the man's job. It goes on him, after all, and a man taking responsibility for contraception can't be a bad thing, right?

But it's time to put that stigma to bed, once and for all. In the video "Should Women Carry Condoms?" created by New York-based Lovability Condoms, men and women are asked what they think about women providing the protection — and their answers confirm how positively men actually feel about women carrying condoms.

Clearly, women should feel empowered, not embarrassed, for taking control of their own sex lives.

Why do so many women still feel uncomfortable buying condoms? Lovability's video is part of a bigger discussion about how we view condoms.

A '90s study from by UCLA's Division of Health Psychology found that while women generally have a more positive attitude toward condoms than men, they are more inhibited about buying and keeping them. They concluded that "women's positive attitudes failed to result in increased condom use because the women felt they had to rely on a male partner to buy, keep and supply the condoms."

Another study from the Psychology of Women Quarterly found some women felt more awkward than men providing condoms in the first place. One participant said that when guys didn't provide a condom, "I'd get embarrassed by the fact that I could produce a condom and they couldn't — it made me look so eager. Finally, I got tired of the conflict with the men and myself and blew off even suggesting prophylactic protection for a while."

That insecurity hasn't abated much to this day, as numerous anecdotes (including those in the video above) confirm.

The fear of embarrassment has real-life consequences. Spreading acceptance of condom use for men and women is key to improving everyone's sexual health. According to a Centers for Disease Control and Prevention report, only 23% of sexually active men and women between the ages of 15 and 44 consistently used condoms from 2006-2010. In 2013, the report found found that in the U.S. alone, over 20 million new sexually transmitted infections are diagnosed per year, and 3.2 million unintended pregnancies per year.

How condoms are packaged and sold makes a difference. "A lot of women want to think we're not that sensitive, we're not that susceptible to message or advertising that shames us," Tiffany Gaines, founder of Lovability Condoms, told Mic.

"But from talking to people about our product, I've found that even women who don't want to have an awkward relationship to condoms still don't feel as comfortable as they could."

The Lovability condom, started in 2013 as one of the first male condoms designed for women, is meant to be sold at stores frequented by women, like beauty supply stores or accessory boutiques, instead of in the already-overwhelming condom aisle.

"Items such as lipstick, blush and women's perfume used to be stigmatized because they were associated with prostitutes and burlesque dancers, but when department store owners decided to sell these products above the counter, and in the front of the store, these products became socially accepted," Gaines told Forbes.

Packaging also matters. Wrapped in discrete pastel tins, Lovability is designed to welcome women into the condom experience; tucked in a purse, you'd almost mistake the delicate tins for lip balm or hand cream. And the easy-to-open packaging is intended to make condom use more sexy. Other companies are taking note when it comes to packaging, including Sustain, L Condoms, Proper Attire and Mine.

But it's not just about the package — for many of the brands, it's about changing the standard for how men and women view women's condom use. "We designed Lovability condoms so they can actually become part of the foreplay," Gaines told Mic. "A lot of women have this fear that men will tear the condom as they open it, so we designed an easy-open container so the woman is a lot more empowered to put it on herself, the right way, and in a sexy way because she knows what she's doing."